Will Draymond Green and Jordan Poole Play Together Tonight at Golden State Warriors vs LA Lakers? 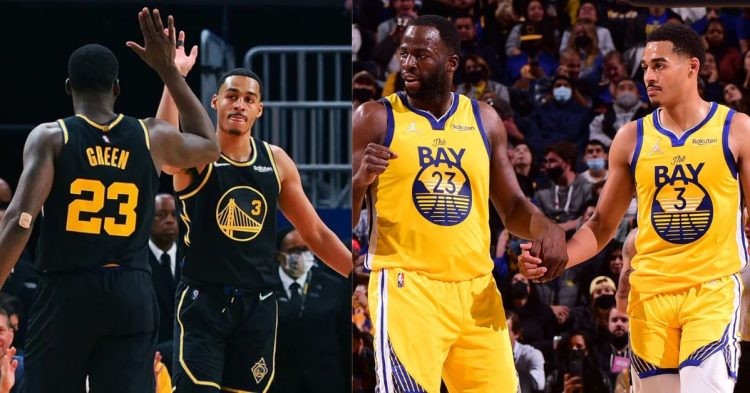 The 2022-23 NBA season is just around the corner as we near the opening night. The Golden State Warriors will host the Los Angeles Lakers at the Chase Center in San Francisco. The Stephen Curry-led side is coming off an NBA championship win and they will be looking to keep that form in tonight’s game as well. On the other hand, LeBron James‘ team will be looking to start the season on a high note after missing the playoffs last year.

The game will have two of the NBA’s biggest superstars, but there is one question that exists on our minds. That will be if Draymond Green and Jordan Poole will play together tonight. The reason for that will be, as we all know, the fight that broke out between the pair during practice, which resulted in Draymond throwing a punch at his teammate.

Are Draymond Green and Jordan Poole willing to move on from their fight for the Golden State Warriors?

After the incident, Draymond publicly revealed that he apologized to Jordan and the rest of the Warriors family. He took some time off and decided to reflect on his actions. However, Draymond Green was back for the Warriors game against the Denver Nuggets a few days ago. He greeted Poole before the game and hugged the young player, before moving on to do the same for other players.

“We’re here to win a championship.”

After seeing that, many believe that the pair are working towards rebuilding their relationship after the unfortunate incident. Yesterday, Poole spoke to the media for the first time after the fight.

It seems like both players are choosing to deal with the matter privately. From the Warriors perspective, the board will be happy that the two players are looking to make their way back. The reason for that would be the fact that both Draymond and Jordan are crucial players for GSW. Jordan’s new lucrative contract extension should speak at length about that.

Fans were also quick to react to that and claim that GSW is looking to let Green go. The reason for that would be the fact that the Warriors are willing to pay $140 million for an “average player” like Jordan Poole, according to numerous fan theories. Regardless of that, it looks like Draymond is here to stay for the near future. Adding on, chances are that he will indeed start for the Warriors tonight, together with Jordan.