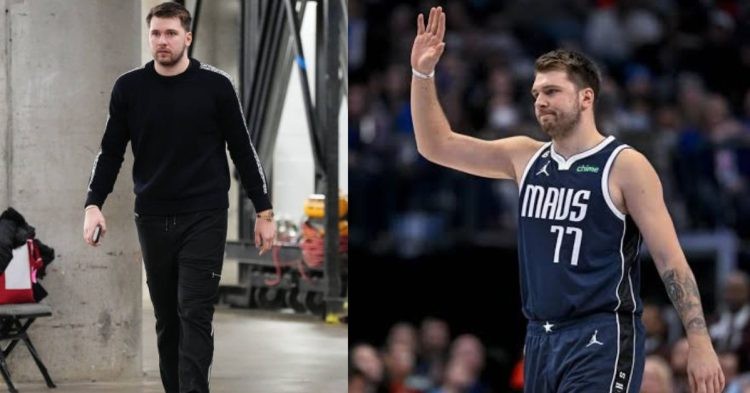 Dallas Mavericks player Luka Doncic, with his first 60 points triple-double against the Knicks is starting to level up the Mavericks’ game. He has provided the team with his best gameplay. Apart from this, he is a ruthless competitor and loves winning.

He won championships with Real Madrid and won a EuroBasket championship with the Slovenian national team. The 23-year-old also led the Mavericks to the NBA playoffs in the 2021 season single-handedly and led the whole offense on his own.

But with the consistent losses by the Mavericks, Luka alone is failing to deliver good results. Following this questions are arising about Doncic’s future with the Mavericks. But Doncic himself hasn’t said anything indicating this to be true. It can prevent him from being the recipient of this season league’s highest honor.

Thus, the team needs to add some new players and a good teammate to play with Luka. If the Mavericks fail to deliver with a teammate, one can see Luka leaving the team soon.

Although there have been significant ups and downs for the Mavericks this season, Luka has set several records of 50-60 points this season. He can make some more of them if he sticks with the team. With this, he can become a Dallas legend if he continues in the coming season.

How much does Luka Doncic make in the NBA?

However, Luka can get another contract extension from the front office if he continues to play with the team. Currently, he is playing out the first season of the five-year, $207 million supermax contract, including a final-year player option.

However, it is evident that talent like Luka Doncic is hard to find and doesn’t come by often. But if he keeps leading the team single-handedly he might consider leaving the franchise in the offseason. Thus, the possibility of Doncic’s departure based on the Mavs current stats is huge.