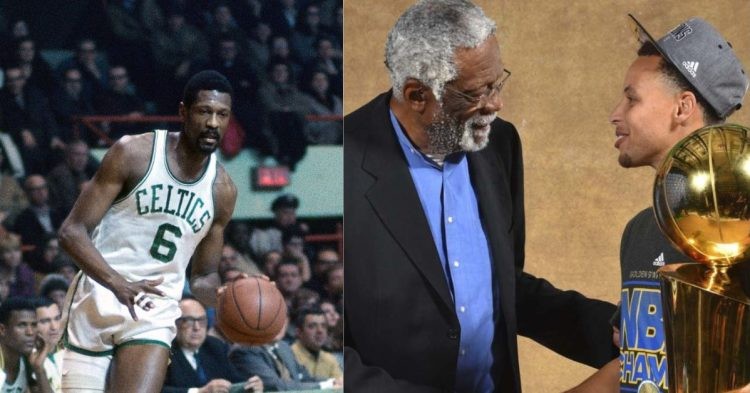 The late Bill Russell was an 11x NBA Champion and a great player for the Boston Celtics. Moreover, he was a pioneer for the league during its early years. Michael Jordan, Stephen Curry, and LeBron James might have transformed the game in modern times. However, the reason they even had the power to do that is all thanks to the Celtics legend.

While many young fans may not know what Russell did, the NBA as a whole certainly does. The league has decided to do something special in order to pay tribute to the 5x MVP of the league. One must wonder what these changes are and how they will impact the game in the upcoming season.

We are all likely to forget Mr. Russell in the upcoming years. After all, he played in the league between 1957 and 1969. That means more than 50 years have passed since the 11x NBA champion retired from being a player. The league officials felt that he deserves recognition and are prepared to make 2 changes in the upcoming 2022-2023 NBA season.

In addition, the NBA will pay tribute to the Boston Celtics’ legend throughout the 2022-23 season. All NBA players will wear a commemorative patch on the right shoulder of their jerseys, & every NBA court will display a logo with the No. 6 on the sideline near the scorer’s table.

The first is that NBA players should wear a “commemorative patch” on the right shoulder of their jersey. The exact details regarding the design and wording of the patch are yet to be revealed. Additionally, the Boston Celtics, his home team plan to have a “separate and unique” recognition for Russell on their uniforms. This is in order to show respect to arguably the greatest player in the franchise history.

The second change is concerning the NBA courts themselves. A shamrock-shaped logo with #6 will be displayed near the scorer’s table in all the courts across the league. The NBA commissioner Adam Silver released a statement on why these changes were brought forward, “Bill Russell’s unparallel success on the court and pioneering civil rights activism deserves to be honored in a unique and historic way“.

Mr. Russell already has the NBA Finals MVP named after him. That change is likely to last forever, while these other two are simply tributes for Bill Russell, incorporated by the entire league and players for the upcoming season.