Will Shareef O’Neal Make the NBA Like His Dad Shaq? 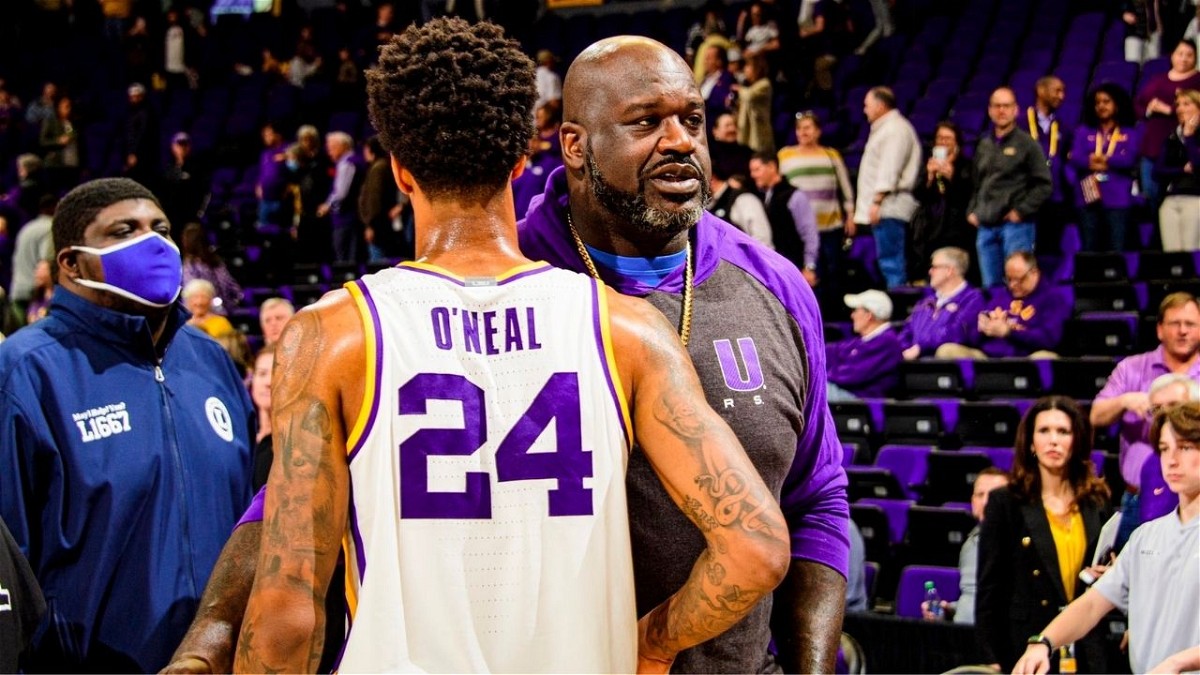 Shaq or Shaquille O’Neal goes by many nicknames. One of which is Shaq Daddy. Well, Shaq is the Daddy to 6 of his children. Amirah, Me’arah, Taahirah, Myles, Shaqir, and Shareef O’Neal. This has created pressure on his children as to who will follow in the footsteps of their dad. So far it looks like Shareef and Shaqir are on the path to attempting to make it to the NBA.

Shaq was drafted as the number 1 pick in the 1992 NBA draft and was by far the best player in college. However, are his sons as good as the Big Diesel was?

Is Shareef O’Neal the next Shaq?

Shareef O’Neal is the son of an NBA superstar. That means the hype following him around will always precede his talent. The misconception that an NBA superstar’s son will be as good as his dad is prevalent even today. We’ve seen that through Michael Jordan’s sons and even Wade and LeBron’s son. They were/are good players but not nearly talented enough to make it to the NBA.

Shareef O’Neal is a victim of the same curse. Shareef O’Neal was ranked in the range of 32-50 coming out of high school. He did not make the McDonald All-American team and looked like his skills would not translate at higher levels of basketball.

After high school, he committed to UCLA which in itself was a huge achievement. However, all basketball activities has to stop because Shareef O’Neal suffered from a heart condition and had to undergo open-heart surgery. He made a miraculous recovery and willed himself back onto the basketball court.

His dreams of UCLA was replaced by LSU, Shaq’s alma mater. With LSU Shareef has played 3 years so far. In the 37 games across 3 seasons, Shareef O’Neal has not averaged over 3 points per game even once. His minutes are limited but his production has not been worthy of an increase.

Shareef will most likely not make the NBA and be the next Shaq. But his strong will during his miraculous recovery will still be his greatest triumph.