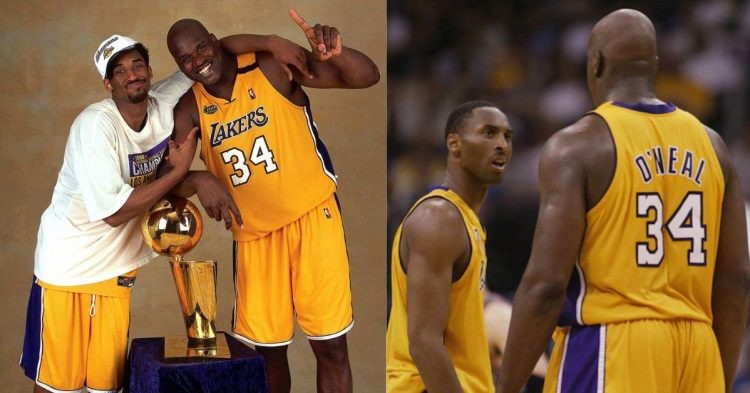 Shaquille O’Neal and Kobe Bryant were one of the best duos we have ever seen. As we all know, they complemented each other on the court to form a formidable partnership. With that, they led the Los Angeles Lakers to three NBA championships in a row (2000, 2001, and 2002).

Kobe and Shaq may have had the best time on the court, but it was obvious that it was not all that bright outside of it. During the time they played together, many interesting reports emerged mentioning they had a rift behind the scenes. However, it was quite evident, since Kobe even called Shaquille out for being out of shape once. That was just the tip of the iceberg. The partnership witnessed many arguments and drama, and even reportedly a fistfight.

Despite all the bad blood, both the players sat down together for the last time to sort things out. They recalled the good old days as Kobe revealed his first impression of Shaquille.

Speaking of Shaquille O’Neal’s competitive spirit and “rage” that he displayed on the court, Kobe added, “And then it all started making sense to me, ‘that’s how I see him play with that rage when he comes out… When he plays, they back away from him, because they’re afraid of that.’”

As The Black Mamba revealed, Shaquille O’Neal never held himself back from trash-talking or bullying others. The other player could be a teammate or an opponent, O’Neal made sure they knew who he was and that they could never beat him. With that kind of rage on his mind when he played, there weren’t many players who could get the better of him.

The fact that he never had to back down was scary for other players. It was almost as if he had nothing to lose. Moreover, Shaquille beat his opponents by absolutely demolishing them on the court. That was how he earned the title of one of the most dominant players in the history of the NBA. As Kobe Bryant said, the fact that Shaquille O’Neal did not respect anyone who he could bully, was a statement the big man sent to his opponents.
Tags: Kobe BryantShaquille O'Neal
Previous Post