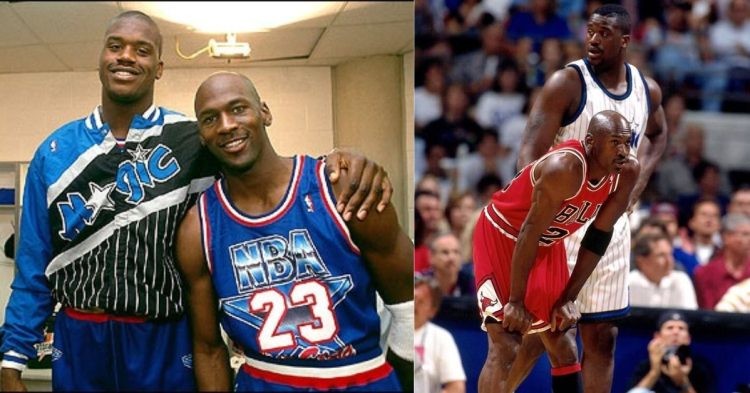 Trash talking in the NBA has always been huge. It does not really matter if the players can back it up, but they will not back down from a fight of words. One of the biggest trash talkers in the game is former Los Angeles Lakers player Shaquille O’Neal.

We all know how Shaq was during his prime. When it comes to being dominant on the court, there is no one who could beat the big man. He did not only prove his haters wrong with his game on court, but with his mouth as well. To this day, Shaq remains as one of the best trash talkers of the game. However, when you hear that phrase, another player will come to your mind as well.

Michael Jordan was also deep into trash talking his opponents and beating them down after. These two players were the prime examples of the phrase; “talk the talk and walk the walk”. Recently, Shaq revealed that he never messed with His Airness.

MJ always had a knack for getting into the minds of his opponents. When you are up against Jordan, you would always have to block your ears and your mind to make sure you do not pay attention to his words. But when you’re on the court, that is easier said than done.

In the past, Shaq and MJ have faced each other 21 times in all competitions. Shaq was still a young player who played for the Orlando Magic. Even at his age, he was still huge in size. After one of the games, Jordan mentioned that Shaq was his biggest opponent ever.

It seems like both the players had respect for each other but what Shaq had for the legend may have been fear. The 6x NBA champion did mention once that he learned the trade of trash talking from the great Larry Bird himself. Larry was often called the “king of trash talking” in the NBA, as he just oozed confidence when he could back up his tongue with his electrifying plays.
Previous Post