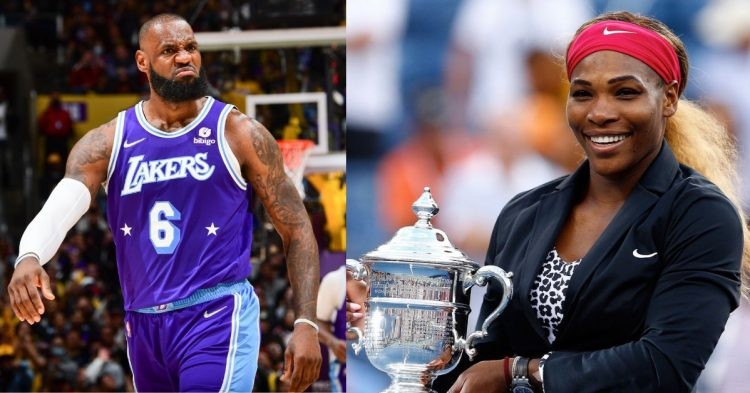 There have been many players in sports to have a lasting impact on the world. For the NBA, it would be either Michael Jordan or LeBron James, or even both of them. Similarly, Serena Williams fills in that role for the sport of tennis. Her contributions over the years have been truly astonishing. She is an icon, not just for women’s tennis but the sport of tennis as a whole.

Recently, Williams announced her retirement decision from professional tennis through Vogue, without using that word. “I have never liked the word retirement. It doesn’t feel like a modern word to me.” She added, “I’m here to tell you that I’m evolving away from tennis, toward other things that are important to me.”

The greatest to ever do it.

Williams puts an end to an illustrious career, during which she has 858 tour wins, an Olympic gold medal and 73 singles titles. In addition to that, Serena also boasts 23 Grand Slam Singles wins during her 27-year career. Following her retirement, many athletes across the world have congratulated the American. One of them was NBA’s finest, LeBron James.

The greatest to ever do it! @KingJames reflects on @serenawilliams legacy. #ThankYouSerenapic.twitter.com/0bRLhEsKQS

“Win, lose or draw, didn’t matter, we all knew that you was the greatest. so congratulations once again, and i wish you nothing but the greatest journey ahead you and every endeavor that you have outside of your respected sport. You have been unbelievable and I salute you and when I see you, I’ll give you a big giant hug as well to show my appreciation,” LeBron added.

As King James said, Serena has been inspiration to us all. When she first started her career, many wrote her off because of her gender. And today, she has proven to the world and her critics that when hard work and talent comes together, anything is achievable. Moreover, Williams has paved the way for women in the future to look at her progress and take that as motivation.

We all can agree with LeBron when he said Serena is the GOAT. If anyone can recognize the greatness of another athlete, it would be the man himself.