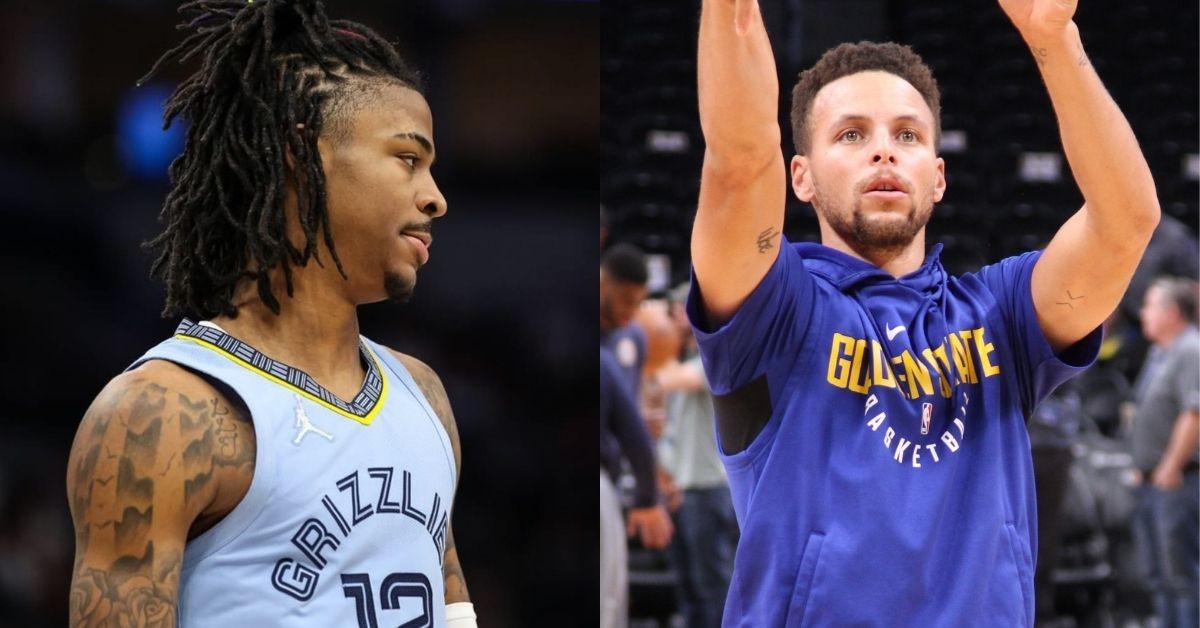 Ja Morant and the Memphis Grizzlies have advanced to the second round of the Western Conference Playoffs. They now face Stephen Curry and the Golden State Warriors. Both Ja and Steph are considered two of the best point guards in the league.

Morant has nothing but confidence against the Golden State Warriors as he eliminated them last year in the play-in tournament. He now has the opportunity to put his claims to the test. Here’s a throwback to what Ja Morant said about Stephen Curry last season.

Ja Morant considers Stephen Curry to be a favorable matchup

Morant and Curry are both point guards. However, each has his own unique skill set that sets him apart. Ja has established himself in the league as an athletic guard, one who can score on any NBA center. Steph, on the other hand, has the fastest release and is the best shooter in the NBA. He uses team screens and is always on the move to catch and fire the ball.

Ja believes that his playstyle is suitable to counter Steph. He is more athletic and a better defender. Therefore, it is possible for him to harass Steph on the court. However, Ja is yet to prove that he is a consistent postseason player. Stephen Curry and the Warriors have been to the NBA Finals 5 times. They know what it takes to win at the highest level.

It is really improbable to deduce how much truth there is to what Morant is saying. There have been several players in the league, who believed that they could guard and stop Steph. However, very few of them have actually proven it in court.

Therefore, one could say that neither Steph nor Ja is particularly good at guarding the other. However, Steph has to be acknowledged as a greater offensive threat. He has both the experience and accolades to back his play.

This second-round matchup between the Memphis Grizzlies and Golden State Warriors promises to show potential. This series could go to 6 or even 7 games. Morant will have a chance to show that the play-in tournament win last year was not by chance or a fluke. Meanwhile, the Golden State Warriors will be hoping to prove just that.