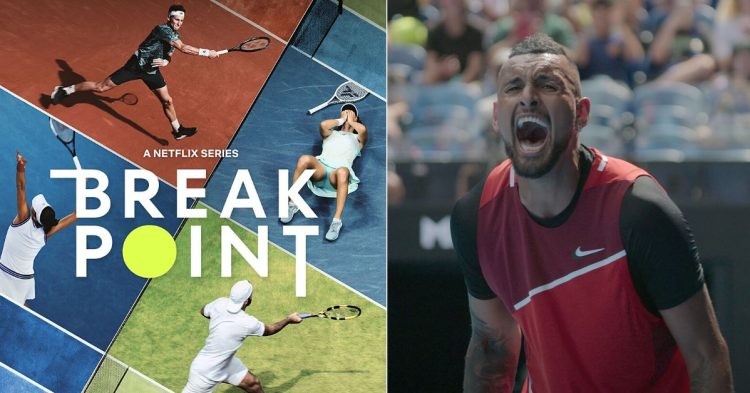 Nick Kyrgios recently starred in a highly anticipated Netflix self-directed tennis documentary ‘Break Point’ which was released on 13th January and notably had some interesting things to comment about its validity for the viewers.

Kyrgios while discussing the documentary’s significance and importance to the public claimed that the show might in itself be the “last hope” for tennis in terms of global recognition of tennis as a sport.

While overviewing the newly released documentary, Nick pointed out that after ‘The Big Three’ walk away from professional tennis, the world would need insight into the upcoming younger generation of players.

With the onset of the retirement of players like Novak Djokovic and Rafael Nadal as Roger Federer did earlier last year, the world would astray in terms of recognizing tennis as a global sport, Nick pointed out.

The documentary has released ahead of the start of the Australian Open and Kyrgios while delegating his thoughts for the same said “It wasn’t only for me. I think it’s in desperate need for the tennis world to get put on the map globally again.”

The Australian sensation Nick Kyrgios has been featured in the documentary ‘Break Point’ with him opening up about his struggles with binge drinking habits and mental health issues.

The young star also pointed out that he can never be a typical tennis professional traveling the globe and being on the tour all year long.

The Netflix show has to itself comprising the behind-the-scenes and inside lives of players when working around the clock on the tour. It’s packed with loads of memorable moments and takes the viewers on an emotional rollercoaster while focusing on the struggles of the players who starred.

Big names like Nick Kyrgios, Maria Sakkari, and Matteo Berrettini have made their appearances in the show along with many other young and talented competitors on the tour. The show revolves around the lives of these professionals both on-court and off-court.

The documentary show comprises 10 episodes in total with 5 episodes released on the 13th, the remaining 5 are scheduled to release later this year in September.