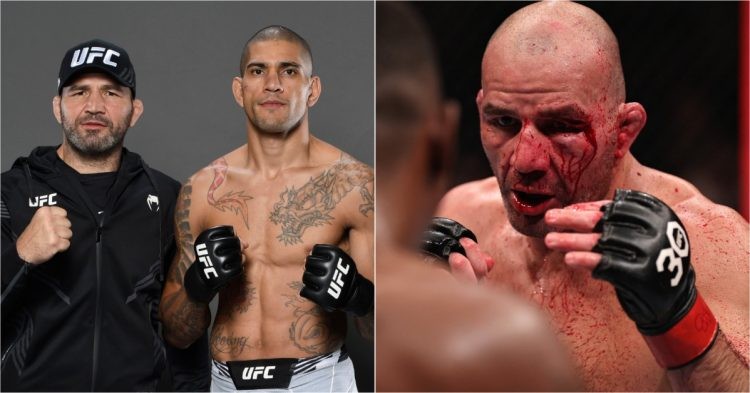 UFC 283 is officially in the books and the fans finally have a light heavyweight champion. Jamahal Hill took on Glover Teixeira in the main event of the PPV. Hill was almost 12 years younger than Teixeira. On top of that, Jamahal had insane power which justifies his nickname “Sweet Dreams.” However, the veteran fighter did not make it easy for him to get the belt.

The 43-year-old fighter endured an ungodly amount of punishment in the fight. Hill proved that his power is not to be trifled with and battered the former champion with strikes. From high kicks to uppercuts to jabs, Jamahal was firing on all cylinders and had the best performance of his career to date. However, the only thing that was missing from it was a stoppage win.

We have a new UFC Light Heavyweight Champion! 🏆

But that is where Glover showed an unbelievable amount of endurance capability. As per UFC stats, Jamahal landed 248 strikes in total, out of which, 232 were significant ones! In comparison, Glover only managed to land 108 total strikes and 75 significant strikes. Not only on the feet, but the 31-year-old also controlled the bout on the ground for 1:42 minutes in the final round.

Ultimately the bout went the full distance and Jamahal Hill got the nod. The judges had it 44-50 all across the board. But nothing can be taken away from Teixeira, who showed a champion’s grit and managed to survive the punishment.

It is impressive that Glover’s chin held up for the entire duration of the bout. On top of that, he scored 2 takedowns out of an attempted 17 and even rocked Hill at one point in the fight. Unfortunately for him, Jamahal was just too good on the night and outclassed him to take home the LHW title.

Heading into the fight, fans wanted to know if Glover would retire if he got beaten. Although at the time, Glover stated his wish to continue his career in the UFC, it changed after his war in Brazil. He decided to walk on his fellow countryman Shogun Rua’s path and announced his retirement from MMA. It looks like Glover sees a future for himself as UFC middleweight champ Alex Pereira’s coach.

Glover added, “Yeah in reality though, I think I’m too tough for my own good. Too tough for my own health you know. I can’t keep up anymore. I’m gonna focus my energy on Alex Pereira, on Poatan. He’s gonna keep his belt for a while and then go up to light heavyweight. You know, It’s an honor to put the gloves down on the same night as Shogun.”

With everything now done and dusted, Teixeira has had an extraordinary career. His first title shot in the UFC came against Jon Jones at UFC 172 in 2014. Jones toyed with Glover and beat him via unanimous decision. Afterward, Glover waited till 2021 to get his next title shot and beat Jan Blachowicz to win the contest. He finishes his career on the back of three straight title fights and an MMA record of 33-9.