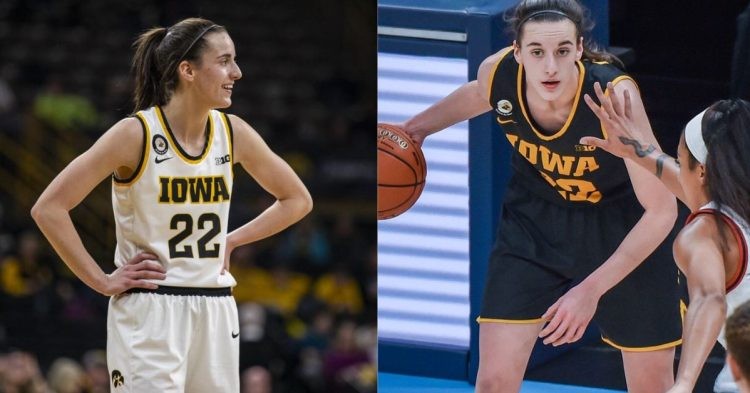 Iowa Hawkeyes hosted the Northwestern Wildcats in the NCAA women’s basketball. The Hawkeyes cruised to an easy victory, 93-64. In the game, the Hawkeyes star player Caitlin Clark received a bizarre technical foul during a free throw. There are instances where we question, ‘why’ when the referees give out technical foul calls. The fact that NBA has soft referees is already becoming an opinion, we did not expect the same in the NCAA division as well.

At the Carver-Hawkeye Arena, the home team’s guard Clark got to shoot free throws from the line. Clark stepped up to shoot, and she missed, she was frustrated at herself for missing the chance to get a point. At that moment she yelled to herself, “Damn it”, and the referee called a technical foul on her for cursing “Damn it”.

It got all of us scratching our heads as to what on earth was that call. One wonders if that would’ve never been given in a men’s game.

Caitlin Clark got a technical foul for saying “Damn it” to herself after a missed shot.

That would NEVER be called in the men’s game.

Caitlin scored 20 points, 14 rebounds, and 9 assists for her team, she had a good outing. However, didn’t look too happy with the technical foul she received during her free throw. Clark did not intend to vent her frustration at anyone, especially not at the referees. It is a case nowadays where the referees even in the NBA are too emotional and at times “soft” when giving technical fouls.

Last month in the NBA, Ja Morant was a victim of a technical foul call. The call led to Ja’s ejection from the game, and Ja was just having a courtside conversation with a fan. “He was just like, he can’t do much because [the refs] missed a call.” Said Morant to a fan. The call, it took everyone by surprise. It was later noted that Ja questioned the integrity of the referees.

What did Caitlin Clark say about getting a technical foul?

After the game, Caitlin in the post-interview explained the situation on how she got the technical foul. “Yeah, to myself, kind of frustrating,” said Clark, ” but, that’s how just things go sometimes and, you know I think woman’s basketball, you need to play with passion, people need to play with that fire, that’s what it’s about, that’s who I am.”

Caitlin Clark on a technical foul that appeared to be self-frustration, and nothing more.

“Obviously a frustrating call, wasn’t to him, wasn’t to the other team, but that’s how things go sometimes,” continued Clark. The game at times gets a little heated, and certainly, players get frustrated at themselves. This does not give the referee an excuse to give a technical foul. It looks as though the referees need to be kept in check sometimes regarding the calls they make. What are your thoughts on this?