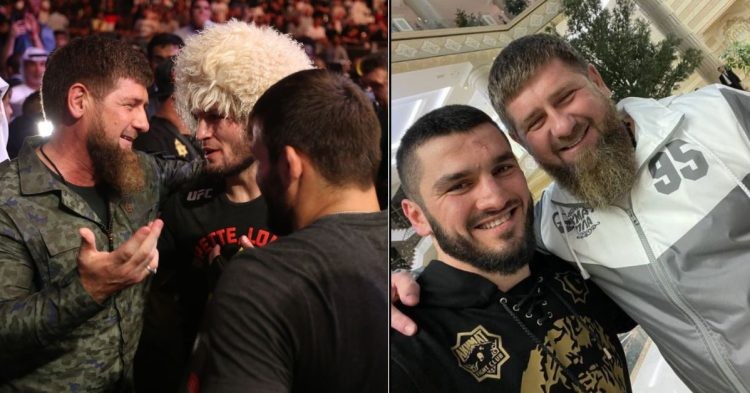 There has always been a mystery surrounding Artur Beterviev’s nationality. The current unified light-heavyweight champion was born in Dagestan but is of Chechen descent. Moreover, as of 2023, he doesn’t live in Russia but also has Canadian citizenship where he resides with his mother, wife, and kids. Beterbiev moved to Canada permanently back in 2013 to kickstart his professional boxing career and has since then lived in Montreal.

However, despite this, Artur Beterbiev has managed to keep his relationship with Russia alive, and the light-heavyweight boxer enjoys a great camaraderie with Chechen leader Ramzan Kadyrov.

Khabib Nurmagomedov is the biggest name coming out of Dagestan and arguably one of the most impactful fighters in the history of mixed martial arts. The former UFC Lightweight Champion has been spotted with the Chechen leader Ramzan Kadyrov on various occasions. And while the appearances have become far few ever since his retirement from the sport in 2020, it’s quite evident that the duo share a healthy relationship even today.

Artur Beterbiev also has a close relationship with Ramzan Kadyrov, and the Russian-Canadian fighter has often expressed it through his posts on Instagram. It become all the more apparent after Beterbiev took the time to share the photo of Kadyrov’s son in his successful MMA debut. Because of US sanctions on Ramzan Kadyrov, Artur Beterbiev has often found himself in a lot of trouble. However, because he is not associated with any business activity with the Chechen leader, he has largely stayed out of any serious scrutiny.

Be that as it may, it’s safe to say it is Khabib and Beterbiev’s association with Ramzan Kadyrov that connects them to each other. The light-heavyweight boxer has also taken to Instagram on several occasions to congratulate Khabib Nurmagomedov and even sent out a sweet message to the Eagle upon his retirement after UFC 254.