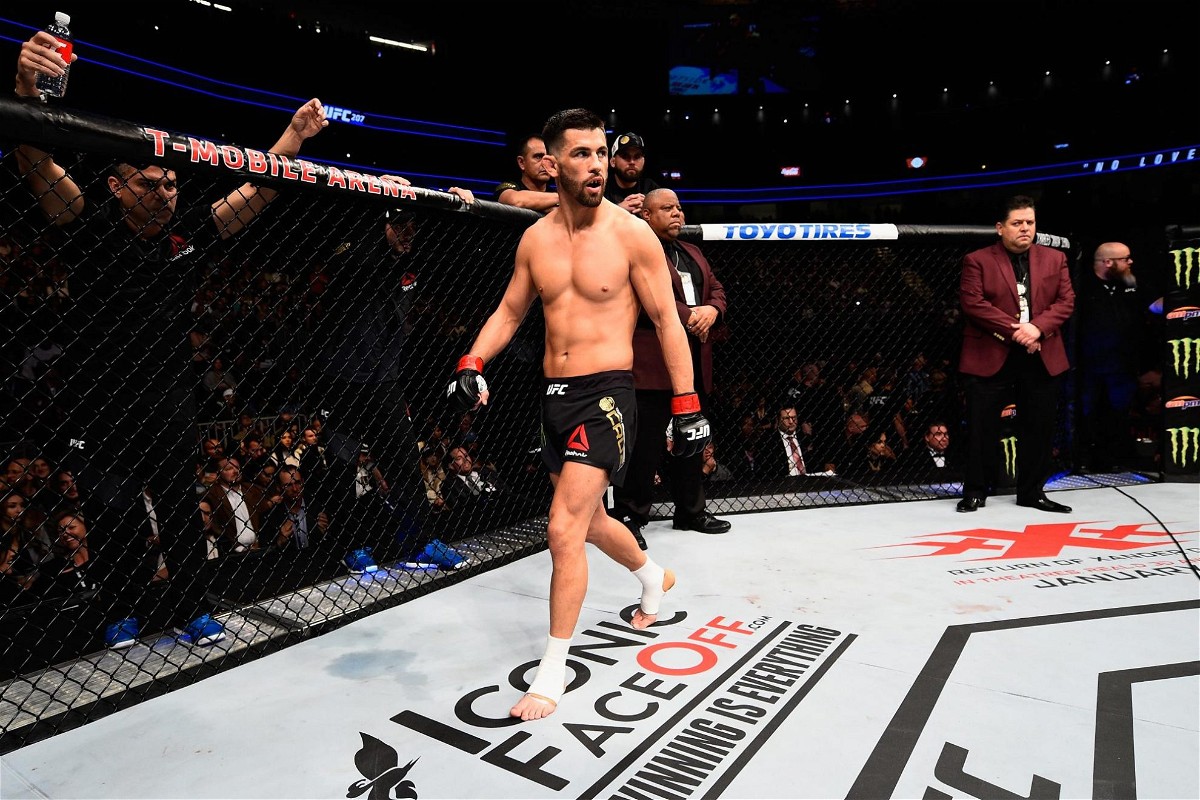 Dominick Cruz will take on Pedro Munhoz at UFC 269 this Sunday. The Bantamweight bout will take place in the preliminary card of the event and has earned a lot of hype around it.

Dominick Cruz last fought Casey Kenney at UFC 259 earlier this year and won the fight via split decision. The former two-time Bantamweight Champion is looking forward to getting continuous wins and elevating himself in the rankings.

Cruz(23-3)made his UFC debut back in 2001 against Urijah Faber at UFC 132 and won the fight. Soon after, the fighter went into a 5 fight win streak finally losing it to Cody Garbrandt at UFC 207 in the year 2016. Following the loss, Cruz took a long hiatus. He cameback against Henry Cejudo for the UFC Bantamweight Championship in 2020. Throughout his long career, Cruz has used various walkout songs, and here are some of them.

Cruz has used the song ” Remember My Name” by Maino twice throughout his career.  The first time was when he made his UFC debut against Urijah Faber in 2011. Recently, He again walked out to his great hit in his last fight against Casey Kenney at UFC 259. Interestingly, he won both the fights via decision. He might walk out again to this song against Pedro Munhoz at UFC 269.

Public Service Announcement is one of the iconic songs of Rapper, songwriter Jay Z. Cruz walked out to the tunes of this hip hop legend at UFC 178 against Takeya Mizugaki. Later that night he won the Performance of the Night for defeating Mizugaki via KO in the first minute of the fight.

How could I just kill a man?:

It’s no doubt that Cruz is a fan of American hip-hop music. The fighter used the old school American track ” How could I just kill a man”  by Cypress Hill at UFC Fight Night 81 against T.J. Dillashaw. Cruz won his second UFC Bantamweight Championship by defeating Dillashaw. The American again used to the song at UFC 249 against Henry Cejudo during his long 4-year comeback title fight.

The 90s song, Dominator by Human Resource was used by Cruz during his trilogy fight against Urijah Faber at UFC 199. He won the trilogy and successfully defended his Bantamweight title against Faber.