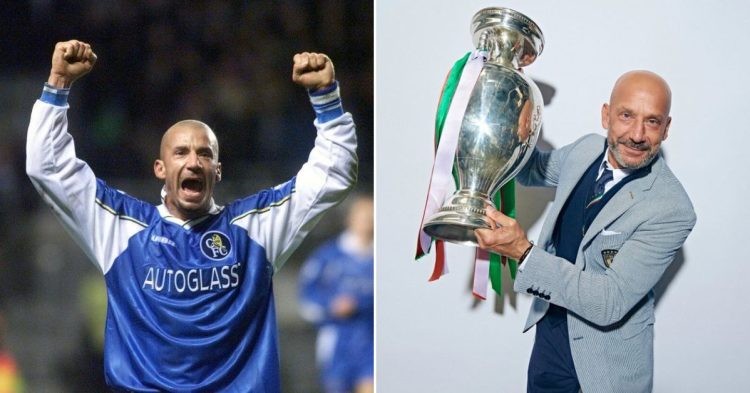 We have started 2023 with a big loss as soccer legend Gianluca Vialli passed away today. He was one of the biggest icons in Italian soccer who helped bring the sport to the next level. Together with that, Vialli also played for some of the biggest clubs in the world and boasts many prestigious accolades to his name.

Italian legend Gianluca Vialli has sadly passed away at the age of 58, after his brave battle with cancer.

A kind guy, a fantastic striker, a real man appreciated by everyone in football and outside sports world.

Thoughts go out to his family.

It was confirmed today that he passed away at the age of 58 after battling against cancer for a long time.  For those who don’t know, doctors diagnosed Gianluca Vialli with pancreatic cancer in 2017. He beat the disease successfully the first time, before suffering the same later in 2021. This came after his country, Italy, won the Euros 2020 that year.

Vialli played for Cremonese, Sampdoria, Juventus, and Chelsea in club soccer. On the international stage, he was one of the best players on the Italian team. He managed to earn 59 caps for his country, and score 16 goals from 1885 to 1992. In his club career, Vialli scored 259 goals in 674 appearances. He was surely one of the best players in Italian soccer’s history.

As a player, Gianluca won 2x Serie A, 3x Coppa Italia, Supercoppa Italiana, and 2x UEFA Cup Winners’ Cup. Together with that, he also won the FA Cup, League Cup, and the UEFA Champions League. He also holds a Bronze medal from the 1990 FIFA World Cup.

You’ll be missed by so many. A legend to us and to all of football.

Vialli was also a great manager during his time. His most notable time as a manager would be when he led Chelsea to the FA Cup, League Cup, FA Charity Shield, UEFA Super Cup, and the UEFA Cup Winners’ Cup. Vialli managed to achieve this feat all in the span of three years.

Gianluca Vialli’s loss will be a tough pill to swallow for soccer fans, especially because of what he meant to all of us. He was a versatile and dominant striker who was willing to give it all for the team he played for. It would be safe for us to mention that Vialli was a huge inspiration to the upcoming generation, as he wished to be.