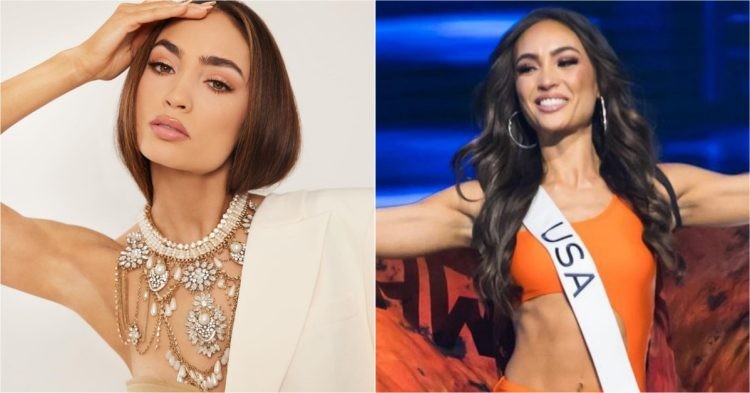 On January 15, 2023, R’Bonney Gabriel won the Miss Universe crown. Gabriel won the Miss USA title in 2022. But she followed it up by adding a huge feather to her cap. Gabriel’s victory is undoubtedly a big achievement for any model’s career. However, her crowing moment has been somewhat muddied by an unforeseen controversy, and UFC legend Jake Shields has weighed in on it.

After R’Bonney Gabriel won the competition, rumors started flying that she was transgender. It definitely rattled some cages as some people voiced their opinion against a transgender contestant winning the Miss Universe crown. Jake Shields, who is known for making controversial statements, decided to give his two cents on the issue. While he did not take a shot at Gabriel, Jake cracked an off-color joke.

Apparently, we are better at everything including being beautiful 🤷‍♂️

He wrote, “Apparently, we are better at everything including being beautiful.”

However, this is not the only controversy Jake has been involved in recently. His comments about Greta Thunberg during her Twitter beef with Andrew Tate also garnered a lot of negative reactions. The former UFC welterweight title challenger also got himself into a very ugly spat with former UFC fighter Mike Jackson. So Shields’ streak of getting involved in controversy just keeps on extending.

Is Jake Shields right about R’Bonney Gabriel being a man?

Jake Shields’ comment on R’Bonney Gabriel brings up the question, is she really transgender? Born on March 20, 1994, Gabriel grew up in Huston, Texas. She completed her education at the University of North Texas. Despite the rampant rumors, Gabriel is born female. So Jake Shields’ claim is not accurate in the slightest. But why did Jake make such a comment?

It appears that Shields heard rumors online and decided to jump on the bandwagon. After R’Bonney Gabriel was crowned Miss Universe, some started speaking out against it with the assumption that she was transgender. The rumor caught fire pretty early on and people started running away with it.

To put the matter into context, the owner of the Miss Universe pageant, Anne Jakrajutatip, is transgender. She bought the pageant for a reported $20 million. So there is a possibility people confused R’Bonney with Anne. Hence the blame for the whole rumor can be put on the lack of research. But Jake is a smart man by all accounts. Hence, it will not be surprising to learn that he was trolling.

What is your take on the ruckus caused by Jake Shields? Do you think he was just having fun on social media? Let us know in the comments down below.