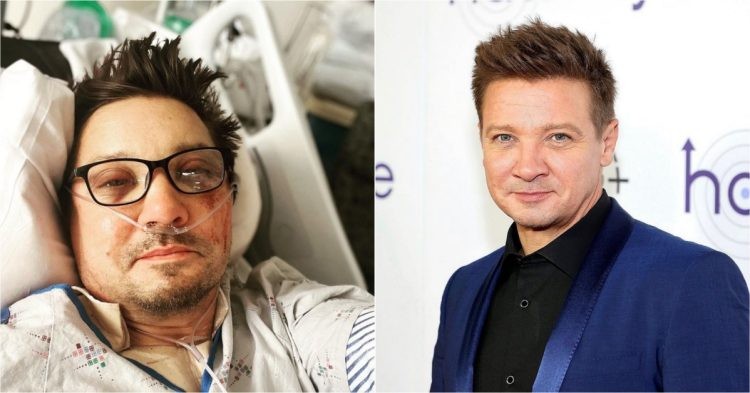 It will not be a controversial statement to say that the Marvel Cinematic Universe (MCU) is the most popular film franchise ever in Hollywood. While it has superstars like Robert Downey Jr, Chirs Helmsworth, and Scarlett Johnasson, it also features former WWE wrestler Dave Bautista. But, perhaps the most underrated actor in the whole franchise is Jeremy Renner.

Jeremy Renner first made an appearance in 2011’s “Thor” as Hawkeye. However, his first full-fledged role in the MCU was in the first Avengers movie in 2012. Since then, he went on to appear in several movies and had a TV show of his own. But recently, he had an accident that put his life in jeopardy. According to reports, Jeremy Renner’s accident was caused by a snow plow.

Apparently, he was trying to help out one of his family members rescue a car. The car was stuck in the snow after a severe winter storm. Washoe County Sheriff Darin Balaam revealed that Renner’s snow plow started rolling while he was trying to stop the vehicle. However, he was not successful in doing so. As a result, his snow plow ran him over and it caused some serious injuries.

He was hospitalized immediately and the accident resulted in chest trauma and orthopedic injuries. The 52-year-old received a ton of good wishes. After undergoing a few surgeries, Renner finally gave an update about his health. He posted a picture of himself from his hospital bed and thanked the fans for the wishes.

Amongst almost 286,000 comments on the post, there was also a comment from UFC fighter Grant Dawson. Dawson, currently ranked 15th in the lightweight division, wrote, “This is what happens what you have to carry the MCU on your back.” He does appear to be a Hawkeye fan, even though UFC commentator Joe Rogan isn’t!

Jeremy Renner just does not play the role of a superhero on the screen. He also helps people in real life as well. However, it led to a severe accident which might see him lose his legs! Apparently, the accident was so bad that Renner might lose a lot of his mobility in his legs. There are also speculations about Renner’s legs being amputated.

An insider revealed, “Jeremy’s already had two delicate surgeries. But there are serious doubts he will ever be able to walk right again or at all. His loved ones worry the damage was significant enough to prevent him from moving the way he used to, that is, if he doesn’t lose the leg altogether.” (h/t via FANDOMWIRE)

Although he is most known for his role in MCU, Renner has an illustrious resume. He got an Oscar nomination for the Best Actor role in 2010 for “The Hurt Locker.” His second Oscar nomination came in 2011 for “The Town.” He has also played crucial roles in movies such as “The Arrival,” “American Hustle,” and “Dahmer.” Fans will have to wait to see what happens next and if Renner makes a full recovery or not.