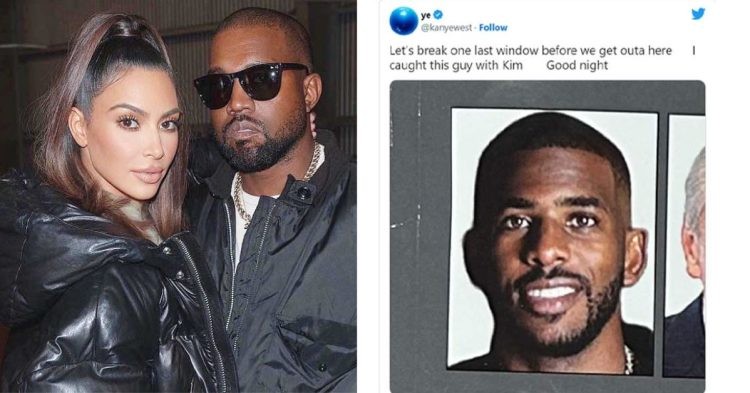 Now that Kanye West and Kim Kardashian are officially divorced, Ye shed some shocking details regarding his ex-wife and claimed that she cheated on him with Phoenix Suns star Chris Paul.

Kanye West has been in the headlines for all the wrong reasons recently. After a massive backlash culminating from his anti-semitic remarks, Ye once again earned the criticism of people following his remarks on Hitler and Nazis. Voicing his approval of Nazis, West is now under serious scrutiny. The American rapper has also been banned from Twitter.

West’s accusation of Chris Paul cheating on his wife Jada Crawley raises some suspicion. Without providing more details, West tweeted, “Let’s break one last window before we get outa here. I caught this guy with Kim. Good night.” Following a verbal tirade on Twitter that spoke all kinds of extremities, Ye has been suspended from the social medial platform. The series of tweets came right after Kanye’s controversial remarks on Alex Jones’ podcast.

Chris Paul is married to Jada Crawley. The duo met when they were just 18 years old, and the college sweethearts tied the knot on September 10, 2011. The couple has two kids between them, a son born in May 2009 and a daughter, born in August 2012.

Kanye West’s accusation that Paul was having an affair with Kim Kardashian has shocked the NBA community. West revealed no timeline of the incident, and it does raise some eyebrows regarding the authenticity of the statement. From the time of publishing this article, neither Kim Kardashian nor Chris Paul has responded to the accusation.

Paul and Jada met when they were college students, growing up in the same neighborhood. They reportedly went to the same high school, but it wasn’t until college that the duo started to get to know each other. Chris Paul and Jada Crawley have been married for more than a decade now, and this accusation from Kim Kardashian’s ex-husband Kanye West could bring a rift between the two partners if true.