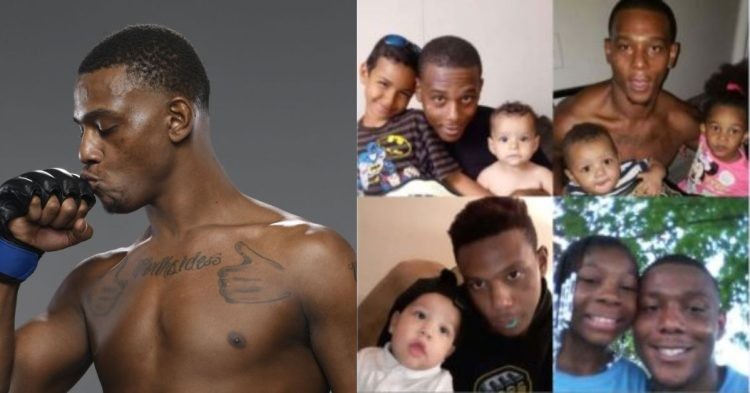 Jamahal Hill will be fighting in the main event of UFC 283 in Brazil. He entered the promotion almost 3 years ago after his performance in the 3rd season of Dana White’s Contender Series. And now, he finds himself fighting Glover Teixeira for the vacant UFC light heavyweight title.

A family man, Hill is a devoted father to six children, three daughters, and three sons. Hill is also married. However, he keeps his marriage private and his wife is yet to make an appearance on his social media. Jamahal’s kids are a different story altogether. He posts his children on his Instagram page whenever the opportunity presents itself.

Hill’s kids’ ages range from 4 to 16, the eldest of whom is Malaya, his firstborn. His youngest daughter, Kah’Mila, is 4 years old and her elder sister Carmella is 8. Sweet Dreams’ sons are named Jaizarr, Jamahal Jr., and Kah’Mani. Jaizar is the youngest of the bunch, whereas, Kah’mani is Jamahal’s eldest son.

“Sweet Dreams” has stated on multiple occasions that his kids play a huge role in motivating him for his fights. Ahead of his fight at UFC 263, Jamahal said that his children help ground him to reality. It seems UFC 283 will be no exception as Hill will surely rely on his children to motivate him in his main event title fight against the former champion, Glover Teixeira.

UFC bantamweight champion, Aljamain Sterling seems to believe that Jamahal Hill needs to win the fight at UFC 283 against Glover Teixeira. Funkmaster even joked that Jamahal has a lot of children and he needs the win to keep them fed. However, Sterling also warned Hil to be wary of the wily veteran that is Teixeira.

Aljamain said, “My man got six kids. I was watching the UFC countdown. My dog need this for them kids. Kids gotta eat, you gotta put some food on the table.” Sterling said that Hill needed the PPV points to sustain his family and fighting career.

Breaking down the fight, Sterling said, “Looking at him, you wouldn’t think he was like as talented as he is… But he gets in there and he just claps these guys and sweet dreams, baby.”

The bantamweight champion continued, “Hill looks like he’s hard to take down and Glover is not a wrestler. But if the fight does somehow get to the ground. If he gets hurt and Hill follows him to the ground, which Glover has done in the past. I can see him getting sweeped, getting on top, and [Glover] walking away with the win.”

Aljamain stressed that Hill will need to manage his distance and pick apart Glover on the feet to win. However, that is easier said than done when facing an opponent like Teixeira.