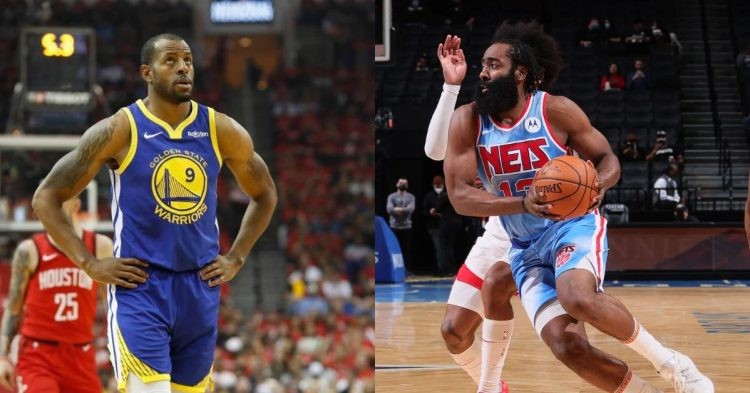 We are a quarter of a way into the NBA season and the injuries are beginning to rack up on various teams. James Harden, Yuta Watanabe, Kemba Walker, and Andre Iguodala are some of the prominent stars listed on the injury report.

Their teams still have around 60 regular season games to play in order to qualify for the NBA postseason. We all know how important these stars are to their teams and what they bring to the table. With that being said, one might want to know which of these stars’ injuries changes his team’s situation the most. However, we also think it is important to mention that injuries should not be compared and all these players should get healthy soon.

When will James Harden return?

Out of all the players already mentioned, there is no denying that the Philadelphia 76ers star James Harden is the biggest name among them. NBA fans will recall that he was traded to the 76ers in return for Ben Simmons and Seth Curry.

Harden is clearly growing older and cannot be expected to do what he did with the Houston Rockets years ago. He and Joel Embiid were hailed to be the next potential Shaq and Kobe duo when the team was formed. However, his injuries and lack of postseason success have disproved these notions.

The Beard is currently listed out of the 76ers lineup due to a right foot tendon sprain. This injury occurred only 9 games into the NBA season and he was ruled out indefinitely. Fans might remember that he also went through a serious hamstring injury a few years ago. Thankfully, this injury seems to be healing well. After all, his injury status has changed from “out” to “questionable.” Yuta Watanabe, Kemba Walker, and Andre Iguodala have no real clear picture for their return as well. Their return will certainly help their respective teams. However, we do not believe it will cause as great a change as Harden’s return to the 76ers.

Harden is 33 years old and looks to be approaching the back end of his career. On the other hand, his teammate Joel Embiid is 28 years old and in his prime. Therefore, the 76ers know their window of opportunity to win is closing fast. Having a healthy James Harden back in time for the NBA postseason will benefit Philadelphia greatly.