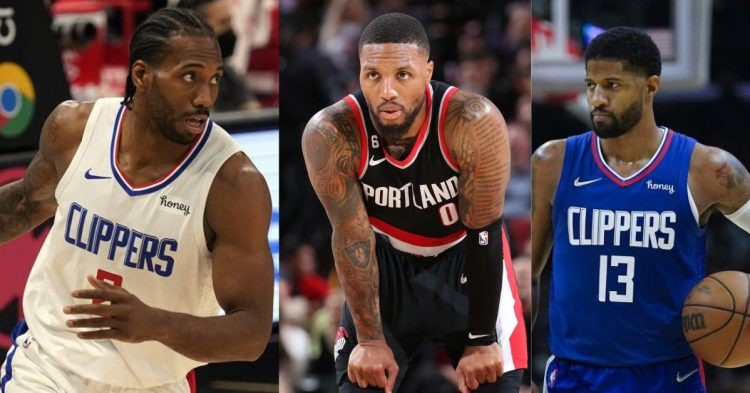 Kawhi Leonard is arguably one of the greatest two-way players of this generation in the NBA. He is one of the few people who can claim to have led 2 franchises to NBA titles. Fans will remember he managed to accomplish this feat with the San Antonio Spurs and Toronto Raptors.

He took his talents to the Los Angeles Clippers and decided to partner up with Paul George. Despite having a talented core, the Clippers have failed to make the NBA Finals. The same situation is true for Damian Lillard and the Portland Trail Blazers.

One could claim that constant injuries to Dame, Kawhi, and Paul George have cost their team dearly for multiple years now. In fact, these stars are currently out of the lineup due to injuries. We should be wondering when they are expected to return and what the injury reports say.

When will Kawhi Leonard return?

Kawhi Leonard was heavily fought for during free agency after winning the 2019 NBA title. However, he has missed a serious amount of time with the Clippers over the past 3 seasons.

He is the only one mentioned to possess multiple NBA titles and Finals MVPs. Therefore, fans will certainly be waiting for an update on him eagerly. In fact, the Clippers were the pre-season favorites to win the title when we assumed Kawhi would be healthy for this season.

We assumed the same thing about Lillard, who also missed all of last season rehabilitating his injuries. It looks like NBA fans will have to wait for a bit longer before these stars return. According to the reports, Damian Lillard is diagnosed with a grade 1 calf strain. There is no clear fixed timetable for his return and he is expected to be reevaluated in a few weeks.

Paul George has been through his fair share of injuries over the years. He is currently listed out due to an injury on his hamstring. We are hopefully awaiting his speedy recovery. He is not expected to play in the next few upcoming road games for the Clippers.

These are grim situations for both of these stars. Be that as it may, they might just be considerably better off than Kawhi Leonard. Most of us are familiar that Leonard suffered an ACL injury during the 2021 NBA playoffs. Therefore, he sat out the next season completely.

We expected him to be healthy this season. However, he is clearly not yet in game shape and is listed out due to an ankle injury. To make matters worse for fans, there is no clear idea or timetable for his return.
Tags: Damian LillardKawhi LeonardNBAPaul George
Previous Post