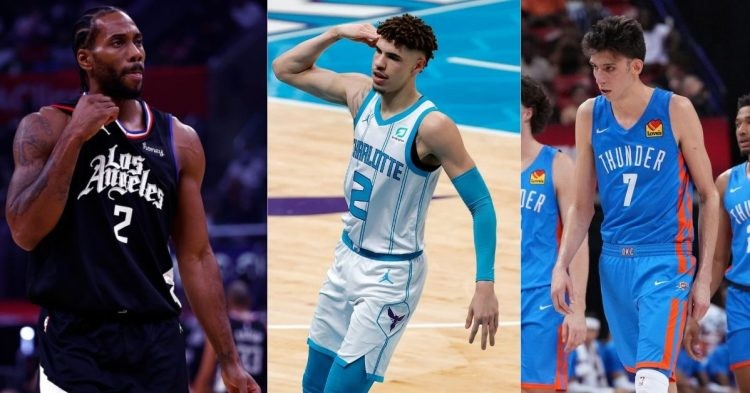 As we approach the 20-game mark of the NBA season, an incomplete picture of the top teams in each conference is presenting itself. We are only done with a quarter of the season and there is a lot of basketball left to be played before the NBA postseason.

Most of us are familiar with the high injury rate associated with basketball, especially at the NBA level. There are plenty of roleplayers and stars on teams who are already out of action due to injuries. They are temporarily on the sidelines watching their respective teams try to stay afloat and competitive.

With that being said, we should wonder about the injury status of many players like Kawhi Leonard, LaMelo Ball, Chris Paul, Paul George, and several others. After all, every injury is different and requires an individualized rehabilitation process.

One can only imagine the impact playing for thousands of minutes takes on the body. The NBA certainly isn’t comparable to recreational basketball at your local gym. The pace and intensity with which these athletes compete would appear unreal.

Therefore, it is no real surprise that players undergo both major and minor injuries all the time. The rehabilitation period could extend from a few days or weeks to even several months. We should wonder which of the NBA stars we admire will not be making a return anytime soon. That will also help passionate fans prepare themselves before buying tickets to watch a particular star play.

Bogdan Bogdanovic, Gordon Hayward, Lonzo Ball, Ricky Rubio, Jeff Green, Cade Cunningham, Andre Iguodala, Daniel Theis, Kawhi Leonard, Victor Oladipo, and Chet Holmgren are some of the players with no fixed return timetable. Thus, it is possible they all remain indefinitely out. At least for the time being.

We also have many stars like James Harden, LaMelo Ball, Damian Lillard, and Joel Embiid who are also injured. However, they are all keeping track of their recovery and are expected to return in around a few weeks. Most of their teams have been struggling in their absence. As NBA fans, we should certainly hope that all these players get healthy soon and return to the court. After all, we can certainly agree that all the players mentioned will certainly improve their team’s winning percentage and potentially carry them through the NBA postseason.
Tags: Chet HolmgrenKawhi LeonardLaMelo BallNBA
Previous Post