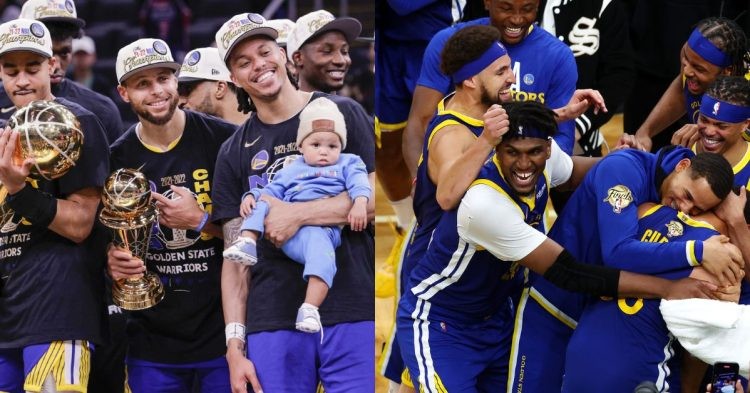 Stephen Curry’s Golden State Warriors might just end up making some big moves to fill the gaps before the NBA trade deadline. Most of us are familiar that GSW is the defending NBA champion. Additionally, they were favorites to repeat and win again heading into this NBA season.

However, a lot has changed and the champs have clearly underperformed to kick off this season. They currently hold a record of 9 wins and 10 losses. This places them in the 11th seed of the Western Conference and out of the playoffs.

The baby-faced assassin is in prime form. However, there appear to be several problems with the other members of the squad. Let us take a look at what GSW could potentially trade for if they decide to make some moves before the trade deadline.

GSW is currently paying the most amount of money to its NBA stars. This would not be a problem if they were winning and successful. We should question if they feel the pressure to make moves, considering that none of the new players have developed much this season.

Andrew Wiggins and Stephen Curry are arguably the only two Warriors playing elite basketball. The scoring numbers are down for Klay Thompson and Jordan Poole. On the other hand, Draymond’s defensive impact has dropped.

Therefore, it would make sense for Golden State to make some moves in order to guarantee to remain in contention for this season. Here are a few possible trade options for GSW.

1. The Warriors make a move for Kevin Durant

This was already considered heading into this NBA season. Especially since KD decide to request a trade even before the NBA season started. At the time, GSW was still in high spirits after winning their 4th title. Thus, it is possible that they never gave this trade a good look.

One could argue that Klay Thompson and Draymond Green can be moved from Golden State to bring Durant to the bay area. However, this move might not sit well with the Warriors’ fans. After all, Draymond and Klay are lifetime warriors. Nonetheless, if trading for KD means another title the Warriors should be considering it.

It is already a well-known fact that Pacers center Myles Turner is unhappy with his team’s situation and is looking to move on from it. Moreover, he provides an elite level of rebounding and rim protection that the Warriors could clearly need.

This trade would clearly involve Draymond Green, who is the current defensive specialist for the Warriors. He is clearly the most expendable player and could be traded for Myles if the opportunity presents itself. Since they also have similar contracts worth $20-$25 million a year, this trade would not require moving too many other pieces.

There is no arguing that there are a lot of options for the Warriors on the table, despite being deep into the luxury tax. They could certainly make some moves if they are willing to part with some players. We already know that Jordan Poole and Andrew Wiggins have signed new contracts with the Warriors.

Therefore, a package around some young talent like James Wiseman and Jonathan Kuminga could certainly bring in a star player who could be a difference-maker. However, considering that both these players have not performed well this season, we should wonder about their current market value.

This is certainly an option that the Warriors should consider. One of the reasons for their slow start this season could have been the altercation between Draymond Green and Jordan Poole. In the aftermath, it appears that Poole is clearly not playing at the highest level and living up to his new deal.

While a contract certainly offers financial security, a player could still be traded in return for a package with the equivalent value. Since Poole currently has a 4 year $140 million contract. Golden State could certainly get some solid role players and young talent in return for Jordan.

One could theorize that this might just be the smartest move for the Warriors. There are several veterans in the NBA like Dwight Howard, Carmelo Anthony, and even DeMarcus Cousins. With the exception of perhaps Carmelo, there is no denying that both Dwight and DeMarcus are excellent centers and defensive players. Dwight is currently playing overseas but would certainly love being on the Warriors.

As we already mentioned, defense is something that GSW is lacking at the moment. Moreover, veteran players will not really require large contracts. This would mean that the Warriors got to keep all their players and also still managed to make some significant changes to the lineup.

These are all hypotheticals at the moment. All of them or none of them might occur by the NBA trade deadline. A lot of decisions will also be made based on GSW’s situation. Considering that Feb 10th is still far off, it is certainly possible that the Golden State Warriors break this starting slump and get into a roll.