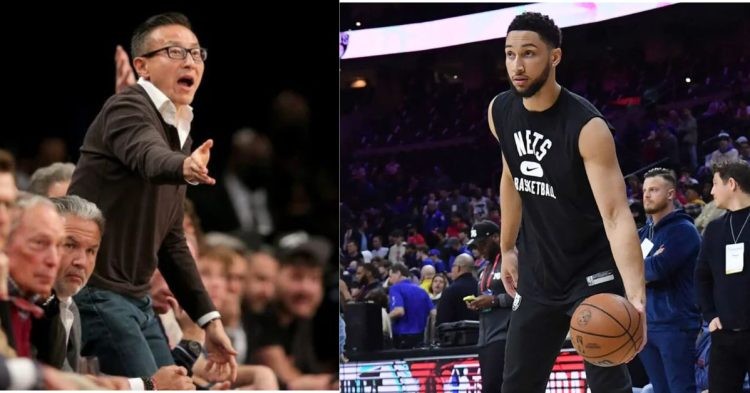 Despite the latest addition of Ben Simmons, the Brooklyn Nets have gotten off to a slow start in the NBA season. They currently hold a record of 6 wins and 9 losses. Even with being given a substantial amount of time to deal with his issues, Simmons has not gotten over and played through whatever mental issues or demons are affecting him.

The Nets were clearly expecting something different when they decided to trade for him in return for James Harden. With that being said, we should wonder if his future with the Nets is secure. After all, they are clearly not scared to make big moves and fired their coach recently.

Three options for the Brooklyn Nets if they trade Ben Simmons

This might just be one of the best situations for both teams right now. As we speak, the Hornets currently have one of the worst records in the league. Moreover, ESPN’s power rankings labeled them as a bottom-tier team for the next 5 years.

We all know the Nets want to win right now and need to put more pieces around Kevin Durant and Kyrie Irving. Therefore, it would make sense to convince the Hornets to part ways with an aging star like Gordon Hayward.

2- Trade Simmons to the Houston Rockets

Another team that is not going to be getting many wins and making the NBA season is the Houston Rockets. They have no significant star on the team and are a squad full of young players. It would certainly be possible for the Rockets to risk trading either Jalen Green or Kevin Porter Jr for Simmons.

This is probably a situation that would excite NBA and Lakers fans. It would certainly mean that a player like Russell Westbrook would be traded to the Nets in return. After all, Simmons has a contract that gives him around $35 million this season and $37 million for the next.

There has been building frustration surrounding Nets star Ben Simmons’ availability and level of play, sources say. Simmons: “I get (the skepticism), but I think the one thing with me is that I’m a competitor.”

Story with @sam_amick at @TheAthletic: https://t.co/EwdqFsimcu

Therefore, it would certainly be possible to package him and another player in return for Westbrook. However, it is unlikely that the Lakers agree to this deal. Especially if future draft picks are involved.

It would certainly fix the problems on both teams if the trade does occur. The Nets need more aggressiveness and Westbrook provides that. On the other hand, the Lakers need better defense and Simmons would fill in for that role. However, the flaws of both these players make it difficult for these teams to agree on a trade. We will have to wait and see what the future looks like for Simmons with the Nets.
Tags: Ben SimmonsBrooklyn NetsNBANBA Trade
Previous Post