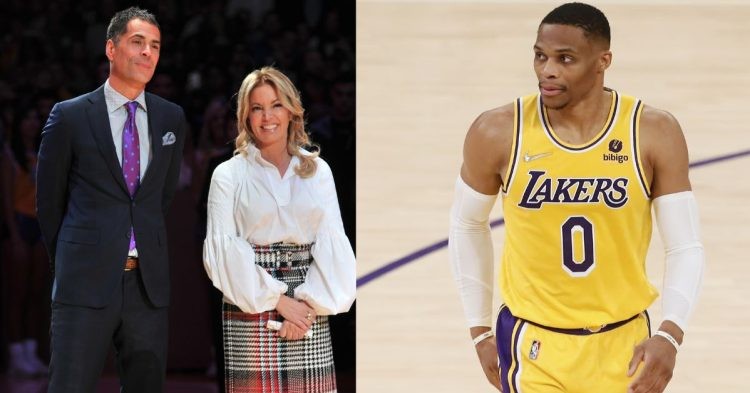 The Los Angeles Lakers might still end up trading Russell Westbrook to another team if their season continues to go badly. Fans are certainly aware that the Lakers are struggling to be a decent team, let alone a contender in the Western Conference. They introduced Darvin Ham as the new head coach and several other new players onto the roster.

Nonetheless, since the team is struggling, it is quite possible for Westbrook to find himself on another team. NBA fans must certainly want to know how likely this is to unfold and what this trade could possibly look like. After all, we remember that LeBron James was the one who played a huge role in the decision to bring Russell Westbrook over from the Washington Wizards.

It is still unclear at the moment how many moves the Lakers are planning on making. As some of us might be aware, reports have already come in that they are in trade talks for other stars. Nonetheless, the Lakers will still trade Westbrook if given the right package.


Perhaps this is unfair to Westbrook, he has been coming off the bench and playing limited minutes for his team. However, he has still been scoring, rebounding, and facilitating for the team quite well. Unfortunately, that doesn’t change the fact that he is simply making too much money. The Lakers could get a tidy package if they traded him to a rebuilding team with stars who don’t want to be there.

That would be a good definition of the San Antonio Spurs. Fans might already know that Jakob Poeltl is not happy there and is looking to move on. Therefore, trade between the two teams is certainly possible. Be that as it may, the Lakers are asking for quite a lot in return for Westbrook.

Trade talks between the Spurs and the Lakers that involve Russell Westbrook are ‘still alive,’ per https://t.co/8b2v38gb0U

The Lakers are interested in Jakob Poeltl, Josh Richardson and Doug McDermott. pic.twitter.com/PTwFhNeBmM

According to the reports, talks are alive between both sides for a trade involving Jakob Poeltl, Josh Richardson, and Doug McDermott. While this certainly does not look like a bad deal, we do not know if the future draft picks that the Lakers covet are in play as well.

The Lakers need better defenses and good sharpshooters. These are things that Westbrook simply is not at this stage of his career. Therefore, he might just need to be traded if they want to look like contenders in the Western Conference.