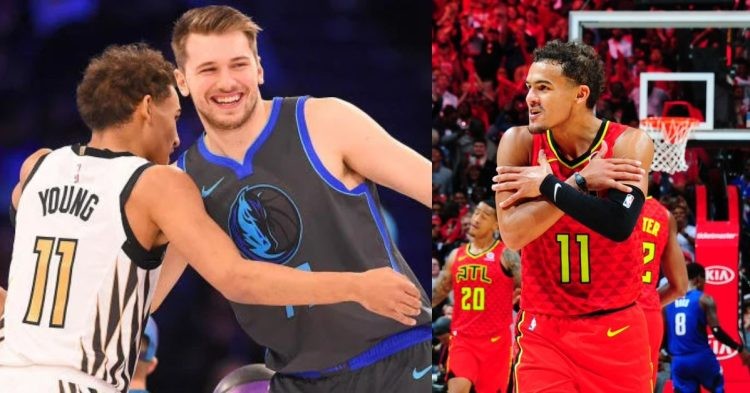 If the Dallas Mavericks are to pull off a blockbuster trade of bringing in Trae Young, they could wreak havoc. The Mavericks as it is are in a good spot at 4th in the Western Conference. All thanks to the superhuman performances from Luka Doncic. The Hawks on the other hand are imploding in the Eastern Conference and will need to make decisions.

With all that is going on at the Hawks, Trae Young is right in the middle of it. If any decision was to be made, it should involve him. With that said, the reason for Hawks imploding is that Young does not have good relations within the team. All parties within a team need to be happy to perform at the level expected of them. It is highly likely that Trae will join the Mavs.

Hawks Head Coach Nate McMillan and Trae Young have had some heated disagreements earlier this month. 👀

If he demands a trade, where could he end up? 🤔@amoeckler dives into the superstars next team odds. ⤵️#NBANews #NBATwitter #MFFL | #BeatTheOdds👊https://t.co/A8MWEuOfH2

Trae’s ambitions have outgrown the Hawks’. It leads to only one direction, and that is Trae needs to leave the Hawks. With this in mind, the Dallas Mavericks are highly likely to trade in for Young. This move will freeze all there is in the NBA. Pairing the best upcoming talents would be too cold for the NBA to handle, let alone the fans.

If the Mavs some how find a way to pair Trae Young and Luka Doncic the world might freeze https://t.co/NfP3xEAyoq

Trae Young and Luka Doncic on the same team would be absolutely hilarious.

Luka and Trae on the same time pic.twitter.com/bzqyGmdbHZ

luka and trae would be the best offensive backcourt of all time but the worst defensive. lol.

It could be a great opportunity for the Mavs to trade in for Young as Luka is looking to be a huge asset for a long time. Pairing the young guns could be highly beneficial in the long haul. Luka who is having an MVP-worthy level season could use Young’s ice-cold finishing to share the burden of the offensive duties on the court.

The trade deadline is on February 9th, and the Mavs do need some reinforcements to strengthen their chances for the NBA championship. Trae Young is a viable option for the Mavs, but the decision of Young to part ways with the Hawks depends on their post-season performance.

Trae’s contract is till 2025-26, however, it also contains an early termination clause. This can be a worry for the Hawks, who would require to undergo a rebuild if Trae leaves.

The Mavs have the draft capital to cash in, to bring in another star besides Luka Doncic. It is possible that if Trae requests a trade, the Mavs will be in a favorable position to grab the superstar. This would require the Mavs to give up 4 first-round picks and 3 swaps to acquire Young. But there will be other teams looking to acquire the services of Young.