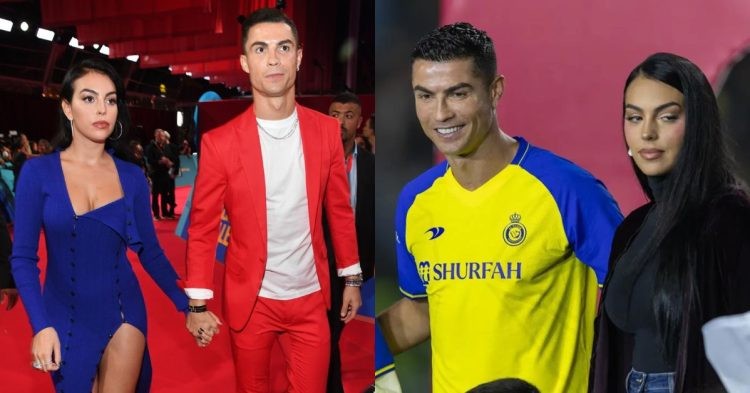 Portuguese soccer star Cristiano Ronaldo has revealed in an interview what his girlfriend Georgina Rodriguez thinks about how the soccer business treats players as of now. Rodriguez thinks that soccer players are treated “like a piece of meat.” She tells Ronaldo about it and the 37-year-old agrees to her statement. He replies to it, “yes, you say everything, it’s true.”

Ronaldo has recently made a shock move to the Saudi Pro League team Al-Nassr. The move was announced last week and he was officially unveiled as an Al-Nassr player on Tuesday.

The five-time Ballon d’Or winner was without a club for more than a month after his contract was mutually terminated at Manchester United. He turned up for a controversial interview with Piers Morgan. Ronaldo lashed out at the Premier League club for how it was being run and how he felt “betrayed” by them. He was disappointed with the lack of game time under manager Erik ten Hag.

The question arises, what forced him to make the unexpected move to the Saudi club? Was it the money offered? Was it the fact that he had no offers from other big clubs, according to his former agent Jorge Mendes? Or did his girlfriend force the move? Because it could be that Rodriguez felt this was best for Ronaldo in this difficult soccer environment.

What did Cristiano Ronaldo say about soccer becoming a business?

Ronaldo has made his disappointment clear about how soccer is run these days. He is not at all impressed and says that it has all become part of a business.

He said in an interview with Piers Morgan, “let’s be honest in last years, football [soccer] has changed. I see football now as a business, to be honest. When they want you they count with you they give you everything (but) when they don’t, they try to make a hard life to you.”

“I see football the last years as a business. I saw many many things that I’m disappointing. The passion for the game is intact but in the same way, I saw other things as well which surprised me but in the same way, it’s part of the business. Because if you see the world how it is in the moment it’s all business,” he added.

Soccer, has, in fact, become one of the most lucrative businesses in the world. The richest of people are involved and they spend a fortune. However, the fact is that money is bringing in results as well. Ronaldo himself has signed the most lucrative contract in soccer that earns him over $200 million a year.

It will be intriguing to see how much more money is offered to clubs and players and how many more records are broken in the coming years.