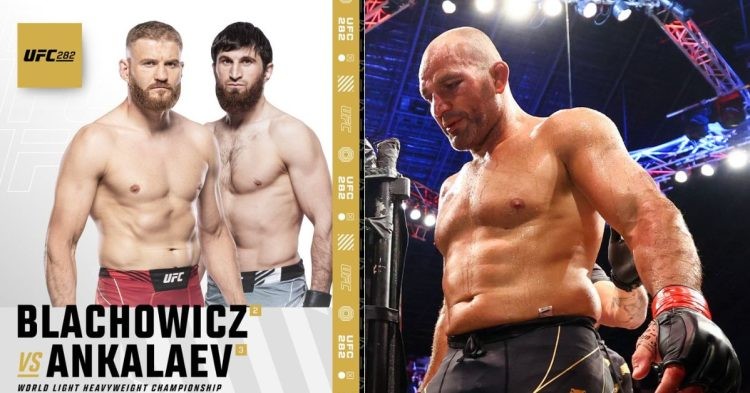 In a shocking turn of events, Jiri Prochazka has vacated the UFC Light-Heavyweight title after suffering a gruesome shoulder injury during the camp in preparation for his rematch against Glover Teixeira at UFC 282 on Decemeber 10 inside T-Mobile Arena in Las Vegas.

Prochazka suffered a brutal shoulder injury last week and was forced to withdraw after it was revealed that he would require probably a year to make full recovery. It is being reported that Jiri wanted to “fight with one arm”, however, was denied by the Doctors and told that he could damage his shoulder forever if he did. Dana White described the injury as one of the worst in UFC history.

Meanwhile, all eyes have gone to Glover Teixeira, who was scheduled to take on Prochazka to once again get his hands on the title. As it turns out, Teixeira won’t be competing at UFC 282, and instead, Jan Blachowicz will take on Magomed Ankalaev for the vacant, undisputed light heavyweight title.

MMA journalist Ariel Helwani reports that Texiera made a request to book him against Blachowicz for the UFC title. However, the request was declined on the pretext that the UFC fans have already witnessed that fight. The promotion offered Magomed Ankalaev to the Brazilian fighter for UFC 282 for the UFC hold, however, the former Champion demanded more time to train.

Glover proposed UFC 283 in Brazil to take on Magomed Ankalaev, giving him ample time to train for the Dagestani fighter. However, the idea was rejected by the UFC. It was either fight Ankalaev at UFC 282 or lost the opportunity to fight for the title for the time being. As it stands, Jan Blachowicz and Magomed Ankalaev will be headliners at UFC 282 for the light heavyweight title.

Just spoke to Glover and Jiri’s team. Here’s the full story on UFC 282, live from my car. pic.twitter.com/okx1yH2B0r

As for Glover Teixeira, there’s no certainty whether he will fight for the title next. There’s a huge possibility that we could see him at UFC 283 in Brazil. “He’s very upset, he’s frustrated, he’s disappointed, he feels like just a few more weeks would have been fair considering all he has done. He also feels like Jan vs Glover 2 would have been a bigger fight for December 10th.” Ariel Helwani noted this during a conversation with Glover Teixeira.