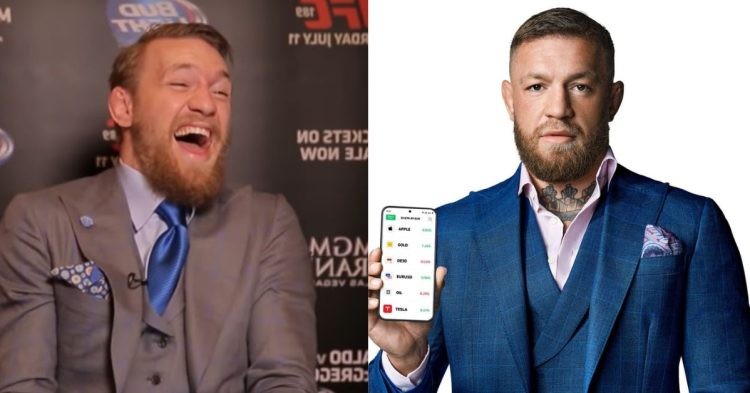 Conor McGregor has been called out for liking inappropriate tweets. (Credits: Twitter)

Conor McGregor has a knack for doing the unexpected. From beefing with comedian PJ Gallagher and Paul McGrath to posting random videos of himself, the Irishman does it all.

Most recently, however, fans on social media are in a meltdown after coming across Conor’s recent Twitter likes. Conor is, without an argument, the biggest superstar in MMA. Hence, there is always a great deal of scrutiny on his social media activities. As a result, online reports pointed out something interesting in Conor’s Twitter account.

As such, it means that whatever ‘The Notorious’ likes, his fans and followers are able to see it. However, the most notable aspect of this situation is the nature of what the former champ-champ liked. Knowingly or unknowingly, Conor liked pornographic content on Twitter.

After seeing it for themselves, fans of the Irishman have had their say. For the most part, the responses have been hilarious, with fans using their favorite GIFS and memes to respond to the incident. As one can imagine, his Twitter activity sparked big fan speculation.

One fan tweeted, “January 11th, 2023 a day that will live in infamy in the hearts and minds of those in the MMA community.” Whilst some are implying that Conor has been hacked, others think that he has been ‘keeping a secret’, with some blaming his Whiskey, Proper 12 for his actions.

He was playing touchbutt with the dork in the park confirmed. pic.twitter.com/U5S7QOgJj3

Israel Adesanya after he finds out he's not the fan favorite LGBT UFC fighter anymore pic.twitter.com/0AtoNYNqG7

When he does return, Michael Chandler is willing to welcome the Irishman back to the Octagon in a super fight.  Previously, there have also been talks of a trilogy bout with Nate Diaz, but it might be unlikely with the latter recently teasing a move to RIZIN in Japan.

Currently, Conor is looking to make the most of his Hollywood ventures but keeps claiming that fighting is his main focus. With his trilogy against Poirier also left unsettled, who do you think Conor fights in his return to the UFC? Will he even fight in 2023? Leave your thoughts in the comments below.