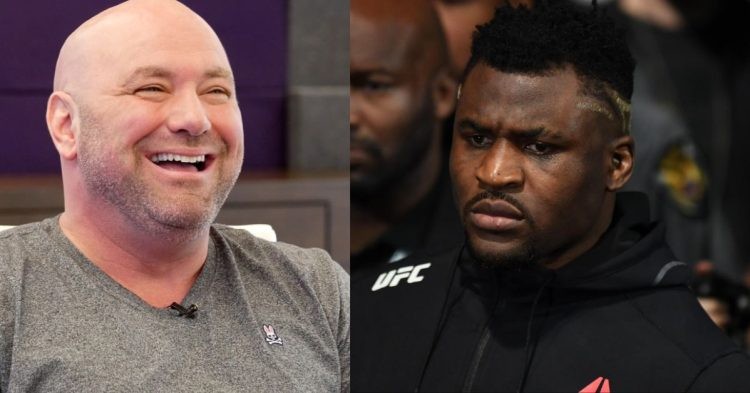 Francis Ngannou is officially a free agent. UFC President Dana White confirmed Francis Ngannou‘s status with the UFC during the post-fight press conference following UFC Vegas 67 and revealed that the promotion failed to come to terms with Ngannou.

Ngannou was last seen inside the UFC Octagon in January 2022 against Ciryl Gane for the undisputed heavyweight title. Ngannou won the fight via unanimous decision. The fight also marked the last of Ngannou’s contract with the UFC. Soon after the announcement, White also announced Ciryl Gane vs Jon Jones for the vacant heavyweight title, and just like that, all our hopes of Ngannou vs Jones went down the drain.

After the news became public, former UFC Champion Eddie Alvarez took to Twitter to express his disappointment over Ngannou’s situation, all the while calling out UFC for sending a false narrative.

UFC lost the bid for Francis Ngannou, who also wanted boxing in his UFC contract

Dana White revealed that the UFC couldn’t come to terms with Ngannou despite offering him the “highest” purse ever for a UFC heavyweight. White also stated they were willing to pay Ngannou more money than any UFC heavyweight including Brock Lesnar, but the Predator wasn’t interested.

Former UFC Champion Eddie Alvarez took to social media and opined how the UFC is trying to switch the narrative by making it appear like Ngannou did not want to fight. On the contrary, UFC lost the bidding war and couldn’t fulfill Ngannou’s demands. In the past, the heavyweight stalwart had revealed his desire to have the ability to compete outside in his UFC contract.

Ufc simply lost the bid for Francis , instead of admitting that , they go with the narrative the the Scariest mother fucker alive is Afraid to fight in the UFC hahhahahahhahahahhahahahhaa These jokes write themselves #PHSUnreal

Francis Ngannou has expressed his desire to compete inside the boxing ring, even getting a nod from the Gypsy King Tyson Fury. Safe to say, UFC probably wanted monopoly for its heavyweight champion, and the contract negotiation did not go the way Ngannou wanted. While it’s one way to put he was offered a lot of money, the true story is, he probably wasn’t offered the ability to box.