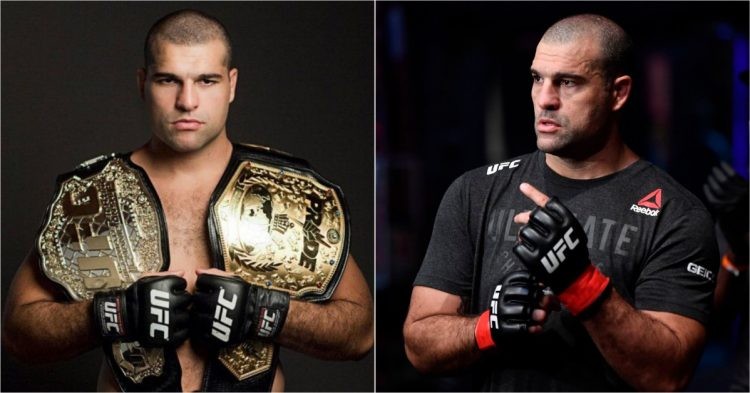 Mauricio Shogun Rua has ended his illustrious career in his home country Brazil against Ihor Potieria. The fight took place in the main event of the prelims of UFC 283. The former UFC light heavyweight champion ends his MMA career with a record of 27-14-1 in his 42 fights. Ahead of the bout against Potieria, Rua was on a two-fight losing streak.

While Paul Craig managed to knock him out, Shogun lost to Ovince Saint Preux in his last UFC fight via split decision. Despite being 41 years of age, Shogun still showed full dedication to the sport and continued his career. However, all good things come to an end and perhaps it is the perfect time to hang up his gloves. He fought in his backyard with his own people cheering him on.

Not many fighters can imagine a better setting for their retirement. However, the bout did not end in his favor. Ihor Potieria knocked him out at the 4:05 minute mark of the first round. Known as “The Duelist,” Ihor was always going to be a tough fight for Shogun in his 40s. Unfortunately for Rua, his career did not have the fairytale ending he would have hoped.

Shogun started his MMA career in 2002. So his fighting in 2023, in the UFC, is a testament to his longevity. In 2005, Rua won the PRIDE Middleweight Grand Prix and then came into the UFC in 2007. He knocked out the likes of Mark Coleman and Chuck Liddell before fighting Lyoto Machida for the UFC LHW title.

Although he lost the first fight, Rua managed to win the UFC title in the rematch. Unfortunately for Shogun, he ran into Jon Jones for his first title defense and got TKO’ed. Although he never fought for a UFC title again, Rua did attain some records along the way. In a recent post, MMA Junkie pointed out that Shogun Rua has the most number of fights at 205lbs in the UFC with 24.

He also has 23 combined victories in the UFC and Pride, which is more than any fighter in history. With 14 knockdowns, Rua is also tied for most knockdowns in the UFC as well! While many generations of fighters have come and gone, Shogun prevailed and continued fighting at the elite level. Hence his retirement will certainly bring an end to an era in Mixed Martial Arts (MMA).

How much money has Shogun Rua earned in the UFC?

Mauricio Rua has been fighting in the UFC for about 16 years. In his time, Rua has had big fights and has even held the championship once. However, According to a report from The Sports Daily, Shogun Rua has never had a payday that exceeded the $500,000 mark. For his championship win at UFC 113, Shogun reportedly earned $315,000.