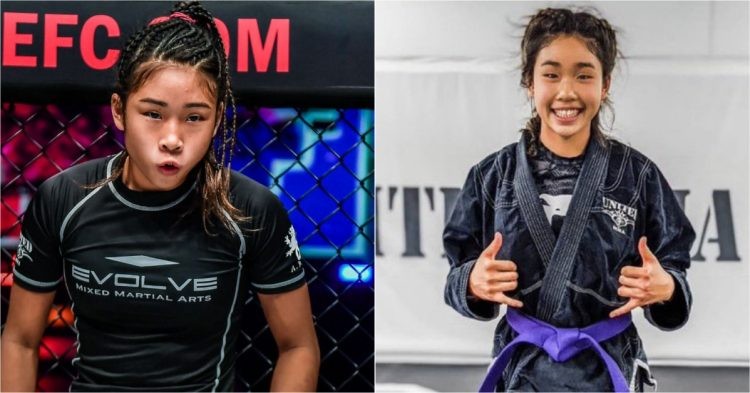 The world of Mixed Martial Arts (MMA) loses a bright prospect as Victoria Lee passes away. She was the younger sister of ONE Championship’s atomweight champ Angela Lee. Angela announced the sad news on her Instagram account and paid a beautiful tribute to her late sister.

Victoria Lee, born on 17th May 2004, was only 18 at the time of her death. However, the exact reason behind her untimely passing is not public yet. She had her first amateur fight at the age of 15 in 2019. Lee had only two fights in the amateur circuits before turning pro in 2021. She was pretty dominant throughout her short career.

Her first fight came against Sunisa Srisan on February 2021. She submitted her first opponent via rear-naked choke in the second round. Lee submitted Luping Wang via an armbar in her second pro-MMA bout. In her last fight, she beat Victoria Souza via TKO in the second round. After her tremendous success in the cage, Lee was taking some time off to finish her schooling.

She was supposed to make her return in 2023 after a hiatus last year. Victoria’s elder sister Angela Lee holds the ONE Championship’s atomweight title. Lee’s brother Christian Lee, on the other hand, is the welterweight champ for the promotion. Hence, Victoria came from a long line of fighters and showed tremendous potential herself. Unfortunately, her journey came to an end right before the beginning of the new year.

Nicknamed “The Prodigy,” Victoria Lee was utterly dominant in her fights and seldom took any damage in the cage. Since signing her pro contract with ONE Championship in 2020, Lee was building up quite a reputation. She was often hailed as the next female MMA fighter to dominate the scene.

Tributes pour in for Victoria Lee after her passing

The MMA world has dealt with quite a few tragedies in recent months. Most notably, former UFC fighter and Hall of Famer, Stephan Bonnar passed away due to heart complications. At the time of his death, the TUF veteran was only 45. He died just before Christmas in 2022.

Although the news did not break until the first week of 2023, Angela Lee revealed that Victoria passed away on December 26th, 2022. The Lee family did not make it public as they were in the grieving process. During her tribute to Victoria, Angela Lee wrote about her sister’s lively nature. She called Victoria the family’s “bright star” and urged fans to cherish their loved ones before it’s too late.

The Lee family is getting a lot of support from the MMA community. From fans to fighters, everyone has offered their condolences after the terrible news. The current UFC women’s flyweight champ Valentina Shevchenko wrote, “My deepest condolences for you and your family Angela.”

Former UFC double champ Henry Cejudo added, “We pray for your family and loved one. Condolences to the family.” Max Holloway also commented underneath Angela Lee’s post. Offering his support, Holloway wrote, “Sending love to the family.” Other than them, UFC fighters like Alexa Grasso, Kay Hansen, and Mackenzie Dern also expressed their sorrow over the incident.

What are your thoughts on Victoria Lee’s sudden passing? Let us know in the comments down below.