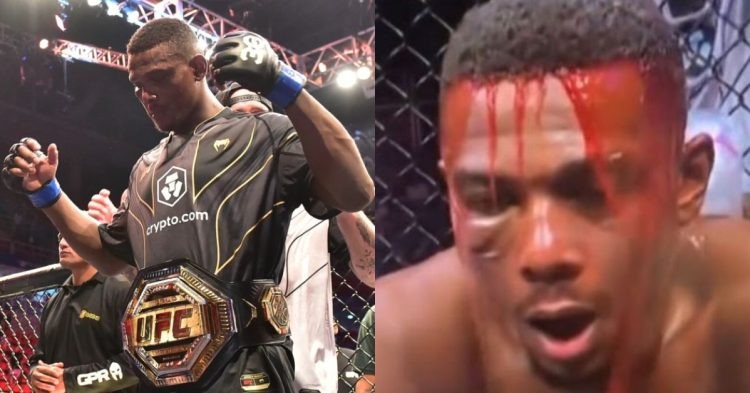 Jamahal Hill became the new UFC light heavyweight champion after beating Glover Teixeira in the main event of UFC 283. In the match, he completely outstruck the Brazilian and even showed good grappling defense. Even at 43, Glover Teixeira, the former UFC LHW champion, is no slouch in the cage. Safe to say, it was a star-making performance for the Contender Series alum in Brazil.

Heading into this bout, there was a growing sentiment among some fight fans that Jamahal receiving a title shot was unwarranted and undeserved. They argued that he wouldn’t have received his title shot if not for the controversial end to the UFC 282 main event. However, after the fight, it was clear that “Sweet Dreams” not only deserved the shot, but he was also a worthy champion.

You can play every sport with one ball, but combat sports takes two

MMA journalist David Potter pointed out this fact with a tweet he sent out after the fight. “You can play every sport with one ball, but combat sports takes two Paid in full, @JamahalH,” wrote Potter in the caption.

The tweet was accompanied by a video of Jamahal Hill sitting in between rounds, appearing to “sweat” blood. In it, his cornermen poured water on his head as blood gushed out the wounds he suffered at the hands of Teixeira. Potter’s tweet was a stark yet perfect reminder of how intense this sport can get.

Who will Jamahal Hill fight in his first title defense?

For a long time, the UFC’s light heavyweight division hadn’t been as competitive as it is now in 2023. After Jon Jones’ debut, he ruled the roster, clearing out and lapping the division at will. However, now there are multiple contenders that are equally worthy of a title match.

Jamahal Hill, the newly crowned UFC light heavyweight champion has a long list of fighters wanting a crack at him. The most obvious contenders at the moment are the headliners of UFC 282, former champ Jan Blachowicz, and Magomed Ankalaev. They are currently ranked #4 and #3 respectively. Both matchups are quite exciting, especially one against Ankalaev given his style.

Depending on when the UFC and Hill decide to put the title up for grabs, former champion Jiri Prochazka could also fight Hill in his first defense. Prochazka had to vacate the title without ever having the chance to defend it after his devastating shoulder injury in November. The former champ did tell his fans that he would be back in 6-7 months. And surely, he will be itching to get back the title he never lost.

After his loss to Hill, Glover also made an interesting remark. In his post-fight interview, Teixeira added that the middleweight champ may move up in weight to face Hill in the future. So it remains to be seen who Jamahal Hill fights next.