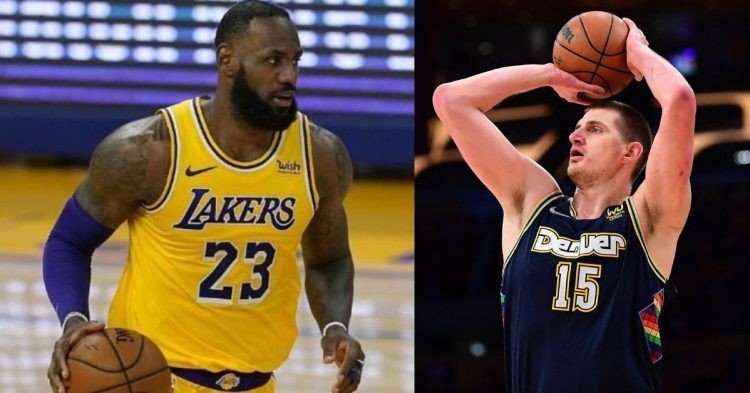 Fans would certainly be interested to know about the average NBA salary for players. We are all familiar that NBA superstars like LeBron James make a huge amount of money. However, the same clearly cannot be true for the rest of a league filled with young and veteran athletes.

With that being said, we should want to know how much the average player makes. The league has 30 teams and each team can hold up to 15 roster spots. By those calculations, there are an average of 450 players in the league every year. The average amount that all these players make per year is around $7.5 million.

Now, let us take a look at what the highest NBA contracts look like and who the richest players in the league are at the current moment.

What is the highest NBA contract?

The league is home to several superstars who take home millions of dollars a year. An average star takes home at least $25 million per year and the superstars do even better. After all, the ones making the most money are battle-tested veterans in their prime with immense value to their respective franchises.

It would interest NBA fans to know that Stephen Curry is the highest-paid NBA player this season. He will be making an average of $48 million this season. Additionally, he is still expected to be making the most amount of money in the league, until this contract ends in 2025-2026.

Nonetheless, the NBA player with the biggest or most valuable contract is the Denver Nuggets star Nikola Jokic. He signed a supermax extension and now has the most expensive contract in league history. He signed a 5 year $272 million deal from 2023 to 2028. While he is making only $46.9 million this year, the Joker will be earning an incredible $61.9 million in the 2027-2028 season.

Who is the richest player in the NBA?

Some of us might already know that it is far more difficult to stay rich than to become rich. These NBA players earn several million dollars throughout their careers. However, bad choices and a lavish lifestyle in retirement ensure that they are never the same again when this money stops coming in.

Therefore, smart players make financial investments and good business moves in order to grow their financial empires. There is no player who has proven to be more successful at doing so than LeBron James. He is the richest player in the NBA and has a net worth well exceeding $1 billion. Moreover, he is the only player to have accomplished this feat while still playing in the league.

Some NBA legends like Michael Jordan, Magic Johnson, and Shaquille O’Neal are also leading this list. The only other active players who come close are Russell Westbrook and Kevin Durant who both have a net worth of around $200 million.

So to summarize, Michael Jordan is the richest NBA player ever at currently around $2.2 billion. After all, he is the owner of the Charlotte Hornets. LeBron James comes in second at over 1 billion. Magic, Shaq, and other NBA legends are all between $400-$800 million. Westbrook and KD are the 2nd and 3rd richest NBA players currently playing.