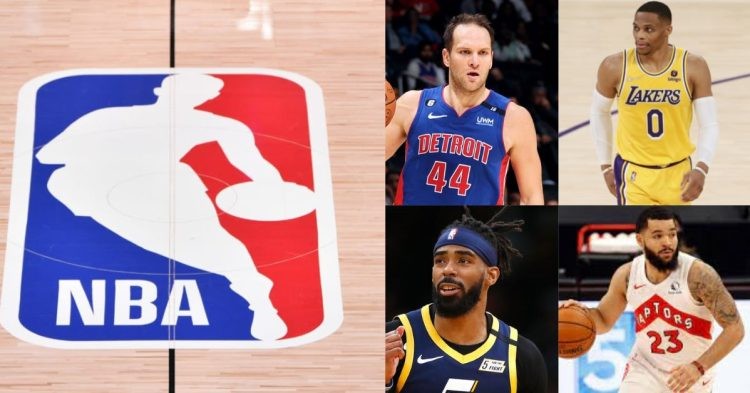 The trade deadline is a time of excitement for many NBA fans. It’s the time when general managers must make difficult decisions to help their teams make the most of their remaining games. Some would look to add assets that help them push for a spot in the postseason, also called ‘buyers’. Other teams would be looking to unload assets to a buyer in order to ‘tank’ and get a chance at a high draft pick in the upcoming draft.

This year, there will be a lot of options for buyers to choose from, as teams are frantically selling to increase their chances to draft higher from the stacked class of 2023. Most notably, teams have their eye on the French phenom Victor Wembanyama.

The trade deadline for this year has been decided as 9 February 2023. While we’re still some two weeks away from the deadline, teams have already started making moves as the season progresses fast. Recently, the Los Angeles Lakers gave up Kendrick Nunn to the Washington Wizards in return for forward Rui Hachimura.

Teams to look out for in this NBA trade deadline

There is bound to be a lot of movement around the league in the upcoming days as we approach the deadline, however, a few teams would be having a lot of eyes on them as they look to make season-altering moves.

The Los Angeles Lakers already brought in a wing player with size in Rui Hachimura, to help their defense. However, another deal might be in store for them as they still lack shooters. Detroit Pistons’ forward Bojan Bogdanovic has constantly been named in trade talks this season, mostly connected to the Lakers. The 33-year-old wing has been playing great albeit on a losing team, averaging 21 points on highly efficient shooting.

If the Lakers decide to make an offer for Bogdanovic, it would most likely include guard Patrick Beverley. However, they would also have to give up at least one first-round pick, as the Pistons reportedly aren’t letting Bojan go without getting an unprotected first-rounder in return. Lakers GM Rob Pelinka would need to think hard about this one.

The Lakers are reportedly also considering trading away Russell Westbrook owing to his huge contract and non-shooting play style. Though Russ has been providing decent production in limited minutes off the bench, the Lakers seem ready to move on. Rumor has it that San Antonio Spurs could be a potential suitor for Russ, as the Lakers are interested in Jakob Poeltl, Josh Richardson, and Doug McDermott.

Trade talks between the Spurs and the Lakers that involve Russell Westbrook are ‘still alive,’ per https://t.co/8b2v38gb0U

The Lakers are interested in Jakob Poeltl, Josh Richardson and Doug McDermott. pic.twitter.com/PTwFhNeBmM

The Phoenix Suns have been on a downward slope ever since Devin Booker got injured, currently sitting at 7th in the West after being near the top while Booker was playing. The team is reportedly considering shipping away Chris Paul after the veteran point guard has not performed nearly as well as he did till last season. Fred VanVleet is a name that’s been connected to Phoenix, and the move would make good sense for the roster as their backcourt would get an instant boost till Booker comes back.

Discussing what areas the Clippers could try to address before the trade deadline on NBA Today pic.twitter.com/iRtOc5RANM

The Lakers aren’t the only team in LA making a lot of noise in trade rumors. The LA Clippers also seem to be looking for reinforcements with John Wall sidelined with an abdominal strain and them sitting 6th in the competitive West. They are reportedly looking at Jazz guard Mike Conley, per reports. In addition to that, they also want to add depth to their frontcourt behind center Ivica Zubac, as they try to make a serious playoff run.