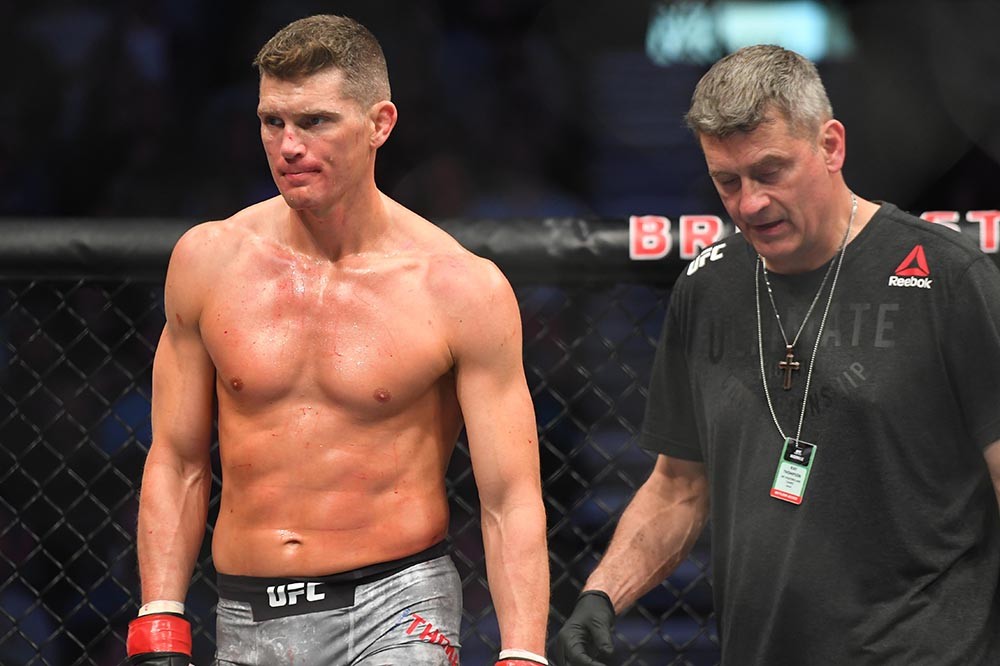 With his trademark karate stance kickboxing style, Stephen Thompson is second to none. Thompson is widely regarded as one of the most proficient strikers in the history of combat sports. It is Thompson’s precision and timing that makes him one of the greatest mixed martial artists to ever step inside the cage.

Wonderboy has defeated some of the best welterweights like Johny Hendricks, Robert Whittaker, and Jorge Masvidal. However, the fighter has tasted defeat several times inside the cage. Wonderboy has lost only 4 fights since his UFC debut in 2012.

Who has beaten Stephen Wonderboy Thompson?

Thompson’s first loss came in his debut year at UFC. The fight was against  Matt Brown at UFC 145 in 2012. Fight fans still remember the end of the fight. Matt managed to put Thompson in a crucifix position and land some heavy punches. At the end of the third round, Brown won via unanimous decision.

Wonderboy’s unsuccessful attempt at the welterweight belt against Tyron Woodley

Stephen’s second loss came against the Chosen One. It was their second fight at UFC 209 after their first fight ended in a draw making it Thompson’s only draw in his MMA career. However,  when the fighters met for the second time, Tryon was able to defend his belt against Wonderboy. The fight ended with 47-47, 47-47, 48-47 for Woodley, which is an accurate depiction of how close the fight was.

READ MORE- MMAStephen Thompson’s UFC Fight Purse: How Much Money Did Wonderboy Earn for His Title Fights Against Tyron Woodley?

Stephen fought “Till” On May 27, 2018, at his home ground in Liverpool. The Gorilla managed to curb Stephen by injuring his knee with oblique kicks. The doctors later ruled an MCL tear with Darren Till picking up a comfortable unanimous decision victory. It should be noted that England’s favourite Darren Till missed weight for the bout.

Stephen Thompson confronted his most recent loss at UFC Fight Night: Thompson vs Pettis. This was the first time in his MMA career when he was knocked out. But, the fight was not one-sided for sure. Moreover, for the majority of the fight, Stephen was able to use his height and reach advantage as he kept Pettis’ strikes at bay. His ability to throw a jab, negating the opponent’s defense, is certainly his forte. However, just when the second round was about to close, Pettis got his breakthrough. He capitalized by creating an opening of a missed strike from Thompson with a superman punch off the cage to knockout Stephen Thompson. In the process, Pettis became the first fighter and remains the only fighter still to hand a stoppage loss to the former welterweight title challenger.