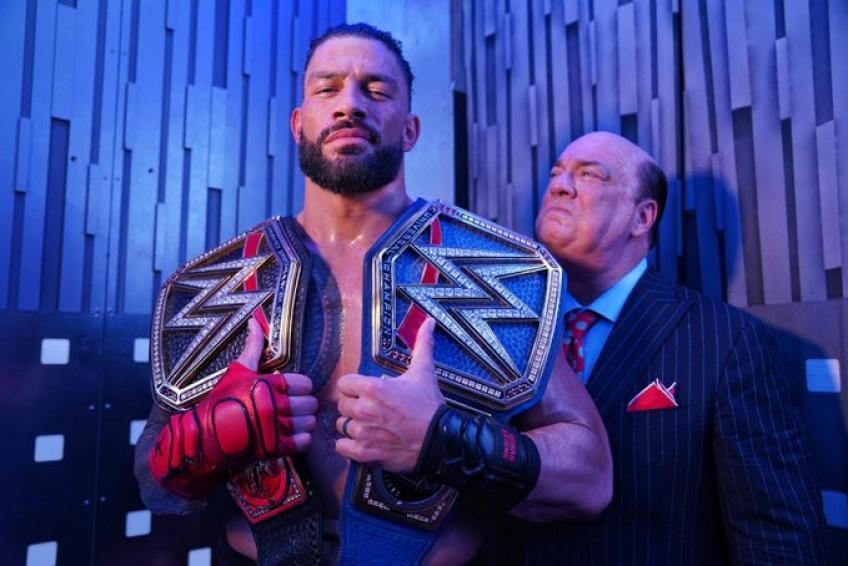 The Undisputed WWE Universal Champion Roman Reigns wasn’t featured in the Hell in a Cell premium live event. He didn’t make an appearance, nor did her wrestle in a match. But WWE have teased a potential challenger for his championships.

Bobby Lashley could be challenging Roman Reigns next after his win in a 2-on-1 handicap match against MVP and Omos. The Almighty celebrated his win with a gesture around his waist, indicating that he wanted a championship gold.

There are several reports that state that WWE aren’t sure how to proceed with Roman Reigns. He was originally scheduled to face Riddle, but it was later scrapped. Then again, there is a possibility that this match could happen at the Money in the Bank premium live event. Reigns’ last match took place in WrestleMania Backlash in a 6-man tag team against RK-Bro and Drew McIntyre.

WWE had earlier teased the Scottish Warrior as the superstar to go against Reigns. But Then it was snubbed, and as of now, WWE hasn’t revealed any opponent for the Tribal Chief. Roman Reigns is expected to remain the Undisputed WWE Universal Champion till WWE Clash at the Castle. Reigns was recently pulled out of the Money in The Bank promotional materials.

After his match with Omos and MVP, Bobbly Lashley made it clear that he wanted to face Roman Reigns. He went on to grab a replica WWE Championship from a fan and raised it to celebrate with the WWE Universe. It was a rare moment in WWE for a superstar to celebrate with replica belts on live WWE television shows.

Don’t matter the odds, you can’t stop the All Mighty!

What’s next? 👀 Think I made that pretty clear tonight. #HIAC @WWE pic.twitter.com/VHzWucqH3n

Bobby Lashley appeared on WWE’s The Bump and expressed his desire to pursue the WWE Championship. He stated that he wanted to bring the WWE Championship back to Monday Night RAW. Roman Reigns hasn’t fought anyone for the championship since his win at WrestleMania 38. Currently, WWE has planned a match between Reigns and McIntyre at Clash at the Castle in Cardiff. We’ll have to wait and see what follows.