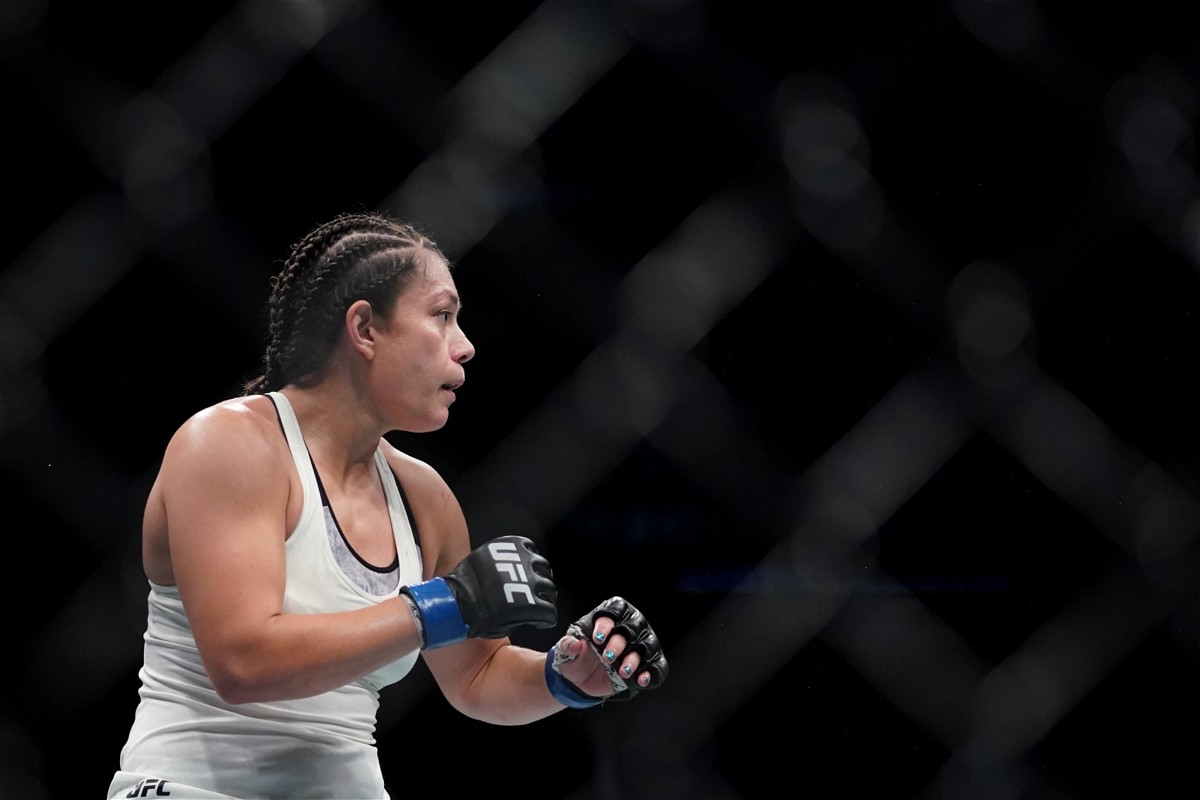 Former UFC strawweight champion Nicco Montano is hospitalized! The fighter was attacked by a fellow MMA fighter, Justin Watson. Nico shared her experience on her Instagram story and addressed the incident. She revealed that the incident took place at a hotel in Texas.

Nico Montano was the first-ever UFC flyweight champion. She came through The Ultimate Fighter as UFC inaugurated their 125 lbs division. On her way up, Montano defeated the likes of Lauren Murphy and Bard Honchak. She faced Roxanne Modafferi in the final of TUF-26 and won the flyweight title.

But the fame did not last very long. She had difficulties making the weight. After winning the title in December of 2017, she did not defend it until September 2018. She was slated to fight Valentina Shevchenko as her first title defence. But the fight did not take place as Nico Montano fell sick due to weight-cut issues. UFC stripped her afterwards.

Subsequently, she only fought once, losing by unanimous decision. After missing weight for her last scheduled fight against Wu Yanan, the UFC released the former champion earlier this year. She kept a low profile afterwards and did not announce any news regarding an upcoming fight. That changed yesterday, when she posted the description of the alleged attack on Instagram.

Nico Montano described what Justin Watson did to her. According to the 32-year old, Watson stood on her neck and repeatedly stomped on her face. He also slammed her face against the corner of the bed. When Montano tried to escape, he grabbed her by the hair and dragged her across the hotel hallway.

“Tonight, Justin Watson stood on my neck and stomped my face in, then kept kicking me and shoving my hair into his fist and the corner of the bed frame. I got away for a second to run down the hall (naked) screaming for my life as he tried to drag me back by my hair. Luckily, someone from the hotel heard my screams and came to my rescue. I’m stuck in Texas, not knowing where he is and scared” wrote the fighter.

In the second Instagram story, she wrote, “I’m in the hospital and I’m so lucky to have the technique and strength that I have to have defended myself. Montaño said. I’m doing okay everyone. Thanks for the love.”

Nicco Montano’s manager informed the MMA media that Montano is currently in the hospital. She is being evaluated by the doctors and she will be ready to go back to her home in New Mexico in a short period of time.

Just got ahold her Nicco’s manager and he says she’s at the hospital getting checked out after some facial x-rays she should be released and on her way back to New Mexico https://t.co/jaoqE6ZEO8

Nicco Montano updated the fans with another Instagram story, and she wrote, “I’m doing okay everyone. Thank you for the love.” Montano has fought 7 times in her mixed martial arts career. She has 4 wins and 3 losses.