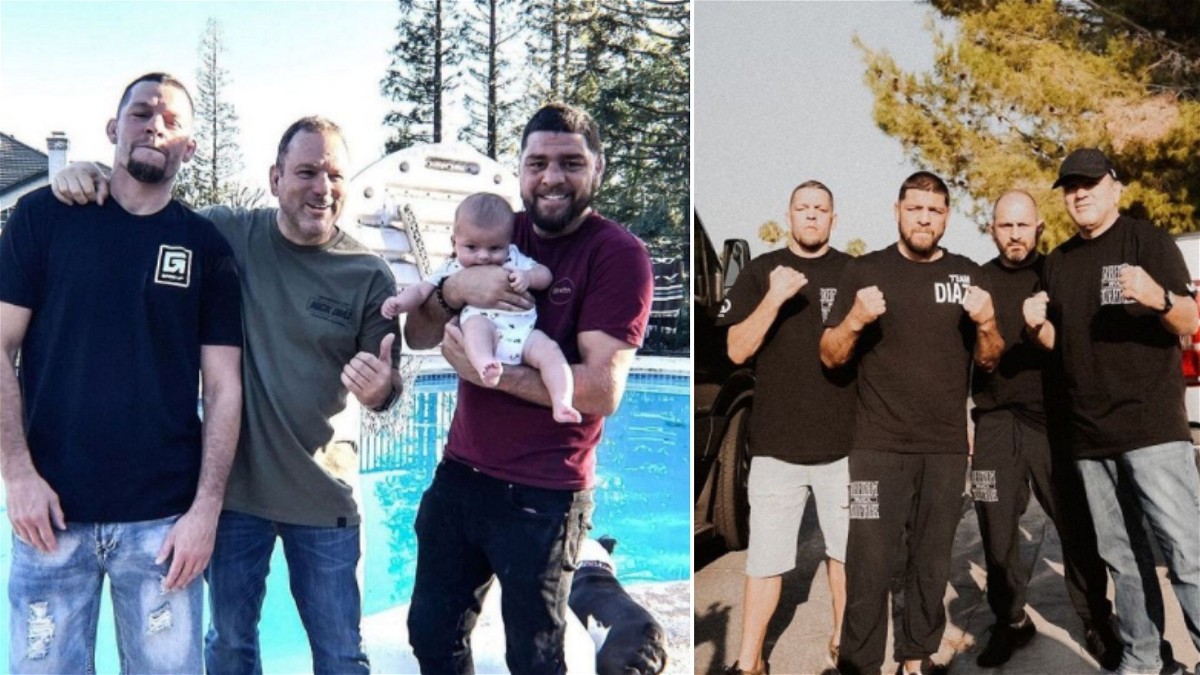 It’s not always that you get to see the personal life of UFC fighters Nick Diaz and Nate Diaz, but that’s exactly what happened as fight fans got a chance to see Nate Diaz with his little kid, Nate Jr. in Nick’s arms in what is an absolutely adorable photo. The smile on Nick’s face is wholesome enough that is it bound to bring a smile to your face as the legendary Diaz brothers pose with the Gracie BJJ Cesar Gracie. The highlight of the photo? Nate Diaz’s son is in Nick’s arms. Check out the photo on Cesar Gracie’s Instagram handle.

Nate Diaz is married to his long-time girlfriend Misty, who is also the mother to his kid. On the other hand, there is no report on whether Nick Diaz is married, but there were rumors that he was dating someone names, Heather Nicole. The mystery around Nick Diaz’s personal life still continues, and it’s not quite clear whether the elder of the Diaz brother is married or not. We do know the heartbreaking story about Nick Diaz’s ex-girlfriend who committed suicide, leaving Nick on a path that he had to choose, and carve for himself and the people around him.

The success of Nick Diaz as a fighter and as a mixed martial artist is testimony to the hard-work that he put in during the early part of his career, and while the suspension may have taken some of the best years of Nick Diaz’s fighting career, his return to the UFC Octagon at UFC 266 certainly brought back some incredible memories to fight fans around the world, and it’s needless to say that we couldn’t thank the Stockton Slugger enough.