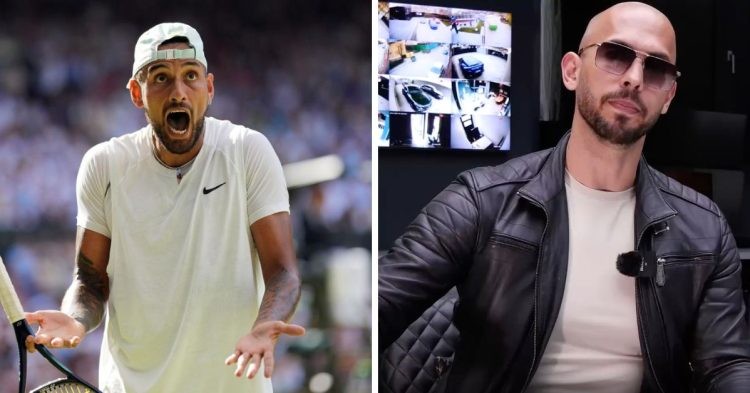 Nick Kyrgios has once again caused an uproar among tennis fans on social media. On Saturday, the Australian player responded to a fan’s question by saying that he “low-key loves” the Tate Brothers. This statement has been met with criticism from the public.

Andrew Tate, one-half of the Tate Brothers and an infamous TikTok influencer, has been barred from all social media platforms due to his misogynistic remarks. His views have been widely criticized. The ex-kickboxer has previously voiced anti-LGBT remarks, prompting strong action against him on various social networks.

This is somehow real. I really want everyone to look at this and ask themselves if this is what the sport wants to promote. A man who “loves” Andrew Tate, a man who openly believes women are second-class citizens and has such misogynistic views that he’s banned from platforms pic.twitter.com/6aabNpOEyO

In a Q&A session on his Instagram account, when asked about his thoughts on the Tate Brothers, Andrew and Tristan, Kyrgios replied, “Love them low key,” People quickly expressed their disapproval of Kyrgios’ answer, reprimanding him for expressing admiration for Andrew Tate. Certain fans suggested that this response was not unexpected, taking into account Kyrgios’ history of controversy.

Nick Kyrgios is no stranger to the title of “Bad Boy of Tennis” in Australia. Although he achieved his highest-ever result at a major tournament by making it to the Wimbledon finals in July, his off-court behavior has been garnering attention this year too.

How is Nick Kyrgios related to Andrew Tate?

The 27-year-old Kyrgios responded with a statement that has caused a storm of criticism from tennis fans. He said, “Low-key love those guys.” Kyrgios’ statement has been met with a lot of criticism, with many accusing him of supporting someone with disturbing views.

As for the question of how Nick Kyrgios is related to Andrew Tate, there is no direct relation between the two. The former kickboxer had recently been banned from all social media platforms due to his comments and Kyrgios had simply commented on their content. Whether it was intentional or not, Kyrgios’ comments have caused a lot of controversies, and he has been forced to clarify his stance.

Nick Kyrgios has developed a reputation for being highly controversial over the past few years. His comments about his fellow players and his behavior on the court have often created drama. His most famous transgression happened in 2015 when he insulted Stan Wawrinka and made inappropriate comments about his then-girlfriend Donna Vekic. In 2019, he was disqualified from a second-round match in the Italian Open after his actions went too far.