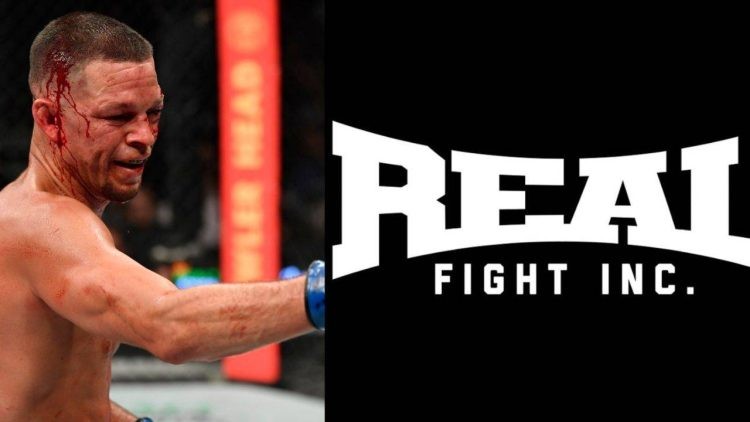 Nate Diaz will be fighting in the main event of UFC 279 this month. The fight most certainly marks his departure from the organization and possibly from the fighting itself. However, Diaz might not be completely stepping away from the fight game and could make his return as a promoter instead.

According to a sports outlet, “The promotion will look attract fighters from around the world, whether it be up and coming prospects or household names who fit the brand of “Real Ninjas. Real Fighters. Real Sh*t..” Nate also says, ” I’ve been promoting my own fights the whole time ’cause the company is not pushing me as hardcore as they push other people.”

Moreover, Diaz is clear about his promotion that it will have “No phony, no goofy shit.” Leading up to the fight week Diaz has revealed that his fight with Chimaev will be the first under the Real Fight banner. Interestingly, Diaz has even promoted the fight with his own, self-produced promotional trailer.

Why Is Nate Diaz Promoting Himself?

Recently, there has been a lot of talk about the UFC treating Nate Diaz very unprofessionally. Firstly, they did not offer or let Diaz fight for so long when he was clearly willing, nor did they allow him out of his UFC contract. Instead, they sent him to fight the monster that is Khamzat Chimaev.

From the UFC’s standpoint, they cannot allow a superstar like Diaz to leave on a win. If he did, his stock would be higher than ever and would reflect badly on the UFC’s part. However, if the fighter leaves after three defeats in a row, it would justify the UFC’s decision to let him go.

All things said it appears as though Nate will join  Khabib Nurmagomedov, Jorge Masvidal, and Conor McGregor as fighters that have launched their own MMA promotion. Although, Nate is still confident that a trilogy fight with McGregor will happen which leaves the door open for his return.