Our sport has seen its fair share of unusual frenemies. Be it Nate Diaz standing up for Conor whenever someone else disses him or Rashad Evans being a sweetheart to everyone he busts up in the octagon, MMA sure can develop some bizarre bromances. None have been as extraordinary as the ongoing Twitter war between Mike Perry and Darren Till. What started with Till wanting to “RAWDOG” Perry’s fiancé and corner woman, Latory Gonzales, has developed into an intricate back and forth with its sweet moments in between. 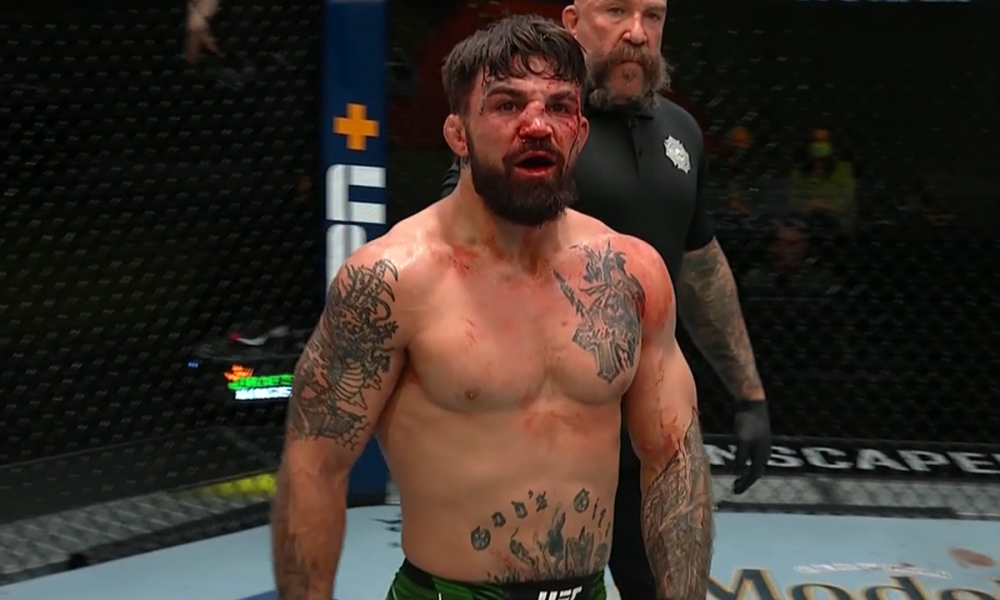 One of the high points came yesterday after Perry lost the opening bout at Fight Night: Vettori v Holland. In what seemed a rough go for ‘Platinum’ he had his composure in the first round and slowly lost his grip over the fight as the rounds progressed, a similar story as the last time he fought Tim Means. Perry also broke his nose and was a bloody mess by the end of the fight.

true master of all the arts.
& as humble and deadly as they come!!
If Perry fancies coming here for a few months I would more than be willing to accommodate him and his family and I’m sure my team would feel the same way
Hope whatever he chooses in life he puts him & family 1st x

It is at this moment, that current middleweight and former Mike Perry cornerman aspirant, Darren Till had a few words of love for his foe. Till took to Twitter and showed his respect towards Perry for being the warrior that he is. What followed was career advice that may help Perry in the long run,

“No team, NO FOUNDATIONS!!!

You need a good solid team around you, who are willing to go to great lengths with you.”

For those who remember, Perry parted ways with his former teammates and cornermen before the Mickey Gall fight. He replaced them with his then-pregnant wife, Latory. Till went further to lend a helping hand to Perry, inviting him to train with Till.

“If Perry fancies coming here for a few months I would more than be willing to accommodate him and his family and I’m sure my team would feel the same way” said Till.

If these two actually do team-up, people fighting in bars around England better watch out.