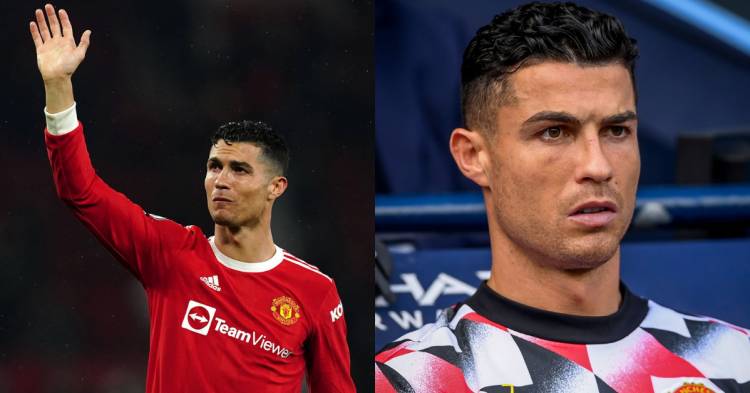 The 5 times Ballon dOr winner has become a bench warmer for the Red Devils as it appears that he is unable to fit in the Erik Ten Hag squad for the Premier League. Cristiano Ronaldo has 0 assists after 10 match days in the season 2022/2023. Ten Hag recently said that Ronaldo is annoyed when he does not play but painted a picture of a man who is motivated and generally happy behind the scenes.

✍️ Get the latest from ESPN’s Insider Notebook here: https://t.co/CEUFv6MCss

The 5 times Ballon dOr winner has become a bench warmer for the Red Devils as it appears that he is unable to fit in the Erik Ten Hag squad for the Premier League. Cristiano Ronaldo has 0 assists after 10 match days in the season 2022/2023.Ronaldo’s future has again been the talk of the town after he was left on the bench during the Red Devils’ embarrassing 6-3 defeat against Manchester City on Sunday.

Ten Hag: “Ronaldo is not happy when he’s not playing but he’s training well, he gives his best — he’s in a good mood”. 🔴 #MUFC

“The question was about his mood in training, where he’s happy. And than of course, he wants to play and he’s p***** off when he’s not playing”. pic.twitter.com/oqugqYRyaY

On his only Premier League start under Ten Hag to date at Brentford, which ended in a stunning 4-0 loss, Ronaldo went into sulk mode once again and even appeared to ignore his manager when leaving the field. Ronaldo was seen shaking his head throughout United’s derby-day nightmare at the Etihad Stadium. Ten Hag’s latest explanation for dropping Ronaldo also only served to stir up more questions, as he insisted that he was trying to protect the striker’s ‘” big career”’ by not throwing him into the firing line against City.

According to some sources, Manchester United star, Cristiano Ronaldo will stay at the club in January mainly because of a lack of interest in him. Although United will push Ronaldo to leave if he cannot find a place in Erik ten Hag’s team.

When asked if Ronaldo will remain with the team, Ten Hag replied, “I respect him a lot. If only he wants to leave United, then way is open for him in January open transfer window. #transfers

Napoli was amongst the hot favorites to grab his signature but now the Serie A giants have denied being in negotiations for the former Real Madrid man. According to Fabrizio Romano (Italian football journalist), Napoli sporting director Cristiano Guintoli has rubbished such claims and stated, “I’m sorry to say that but we’ve never been in real negotiations with Man United to sign Cristiano Ronaldo this summer”.

Cristiano Ronaldo recently rejected a huge bid from an Arabian side. As per Fabrizio Romano, a bid of 200 million euros for 2 years was offered but Ronaldo chose to reject the offer as he wanted to play in a competitive league. He never wanted to leave the premier league as he always wanted to play for the champions league and the Europa league.

The Reason Why NOBODY Wants Cristiano Ronaldo

The 37-year-old is desperate to leave United to get Champions League football this season, after failing to help the team qualify for it last season. Ronaldo is unable to find a new club for several reasons, including his age, rumored dressing room behavior, and the price tag that comes with him. Bayern Munich was originally one of the favorites to sign Ronaldo this summer, but they’ve since made it very clear that it’s not going to happen because he doesn’t fit into their “philosophy”.

ESPN reported that Ronaldo’s agent offered him up to PSG, but that they decided to reject the chance to sign him because they don’t feel that he’s right for the club, and they also can’t afford his wages. When rumors were sparked that the former Real Madrid player could be making a move to the club, Atleti’s international fan groups announced their “absolute rejection” of the signing.