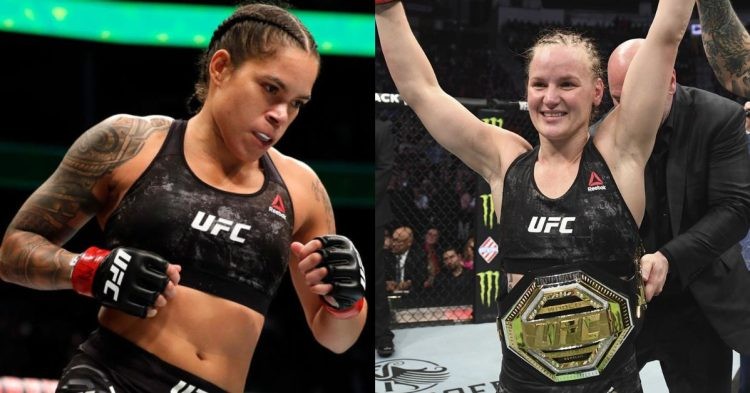 Ever since Valentina Shevchenko made her UFC debut in 2015, she has steadily developed and emerged into one of the greatest fighters in the history of MMA. She currently holds the UFC women’s flyweight title and is on a mesmerizing eight-fight winning streak.

Bullet has been completely flawless in all her fights after winning the title in 2018. Not only has Valentina maintained a brilliant eight-fight winning streak but she is also a treat to watch once she steps inside the octagon. Because she makes her opponents look helpless with her all-around abilities and wreaks havoc.

Lately, there have been conversations regarding who is the greatest female fighter of all time. As per current form and active fighters, only two names come to the mind of fans and those are Amanda Nunes and Valentina Shevchenko.

However, with The Lioness losing her title against Julianna Pena and Shevchenko convincingly finishing Lauren Murphy in her last fight, the argument is shifting towards Bullet’s favour.

After Amanda Nunes’ recent loss against Julianna Pena, Valentina Shevchenko has surpassed the Brazilian for the GOAT status. Many would argue that The Lioness had defeated Bullet twice during their matchups back in 2016 and 2017. 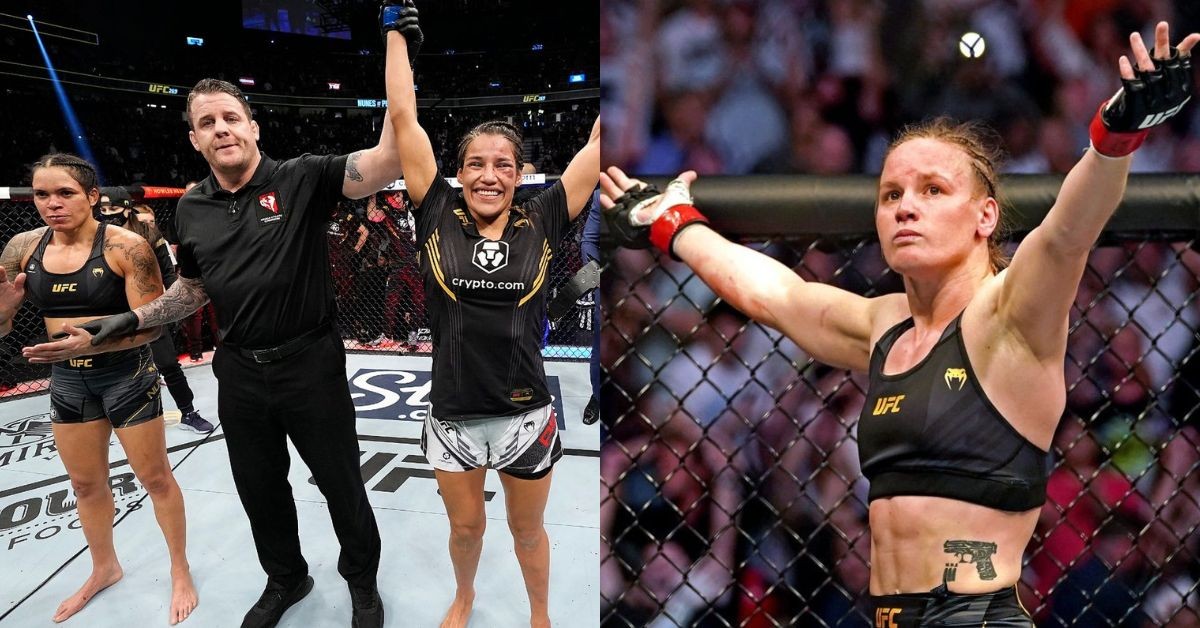 However, both those fights were extremely close and many fight fans and analysts believed that the rematch was a robbery and that Shevchenko should have won the fight. Moreover, Amanda had a significant weight advantage over Shevchenko.

VALENTINA SHEVCHENKO IS THE GREATEST FEMALE MARTIAL ARTIST. She was robbed against Nunes in their 2nd fight, so IMO… 1 – Valentina 2- Amanda 3 – Cyborg. #UFC238

Besides, it’s almost five years since Shevchenko fought against Nunes and she has improved significantly. Thereafter the Russian fighter has almost cleaned out the flyweight division and established her superiority.

Judging by their recent fights, Nunes looked terrible as Pena submitted her to win the bantamweight title. Whereas Valentina was outstanding as usual as she finished Lauren Murphy and defended her flyweight belt.

Moreover, in terms of career, Shevchenko has a better win-loss record than Nunes. She also has more title defenses in a single weight class than Nunes and is much more active than her.

Other than Nunes there are several other female fighters like Ronda Rousey, Cris Cyborg, Joanna Jedrzejczyk who have dominated the sport and had a glorious careers. However, Shevchenko’s longevity and dominance are two things that makes her superior than the above-mentioned names.

As of now Shevchenko looks unbeatable and is quite better than the current competition. Do let us know in the comments section about your thoughts regarding Valentina Shevchenko surpassing Amanda Nunes in the GOAT conversation.