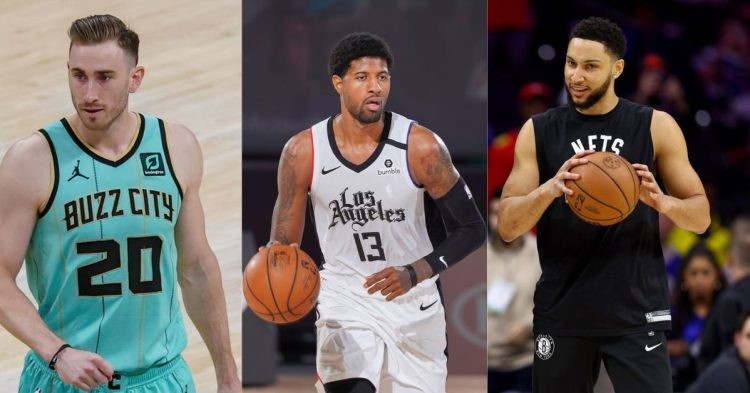 While the NBA might be an organization and franchise. The sport itself is just a game. NBA stars like Ben Simmons, Gordon Hayward, and Paul George have all branched out from basketball. Additionally, they have shown an inclination toward E-sports and video games.

One must wonder a couple of things. Firstly, are sportspeople more likely to branch out into other sports or other games? How different are an athlete and his mentality from that of a video gamer? Finally, we should also wonder how good these NBA players are in video games compared to the rest of society.

In any case, we need to look at the current gamers in the league and understand this situation.

It is important to make a distinction in levels of gaming. There are people who can be considered “noobs“. Those who play at an amateur level simply getting better at gaming. Then we have the real gamers. These are people who have dedicated time and effort to become better gamers.

Finally, we have pro gamers in Esports. It would interest many people to know that Charlotte Hornet’s Gordan Hayward used to be a professional video game player before his NBA career took off. He has participated in several esports tournaments. Some of the games he has played include Starcraft, Fortnite, League of legends, and Overwatch.

Paul George is also an avid fan of esports and has shown his support for video games over the years. We all know that PG was initially into the PlayStation series but is slowly transitioning to PC games. It would interest many people to know that Paul George has also made a shoe deal with Nike to create a signature sneaker in the original PlayStation color grey.

Paul George uses Alienwear for his gaming needs and streams games like Call of Duty on Twitch. That is a high-end gaming company that produces systems to provide the best experience for its consumers.

Finally, Ben Simmons has also built up a reputation for being a videogame. After all, he has not played basketball in the past 2 NBA seasons and has a lot of free time on his hands. Thus, it is not very surprising to find out he also streams in switch and is a Call of Duty and PUBG player. This is not the complete list. De’Aaron Fox, Anthony Davis, and Zion Williamson are some of the many other players we know, who dabble in videogames as well.
Tags: Ben SimmonsGordon HaywardNBAPaul George
Previous Post