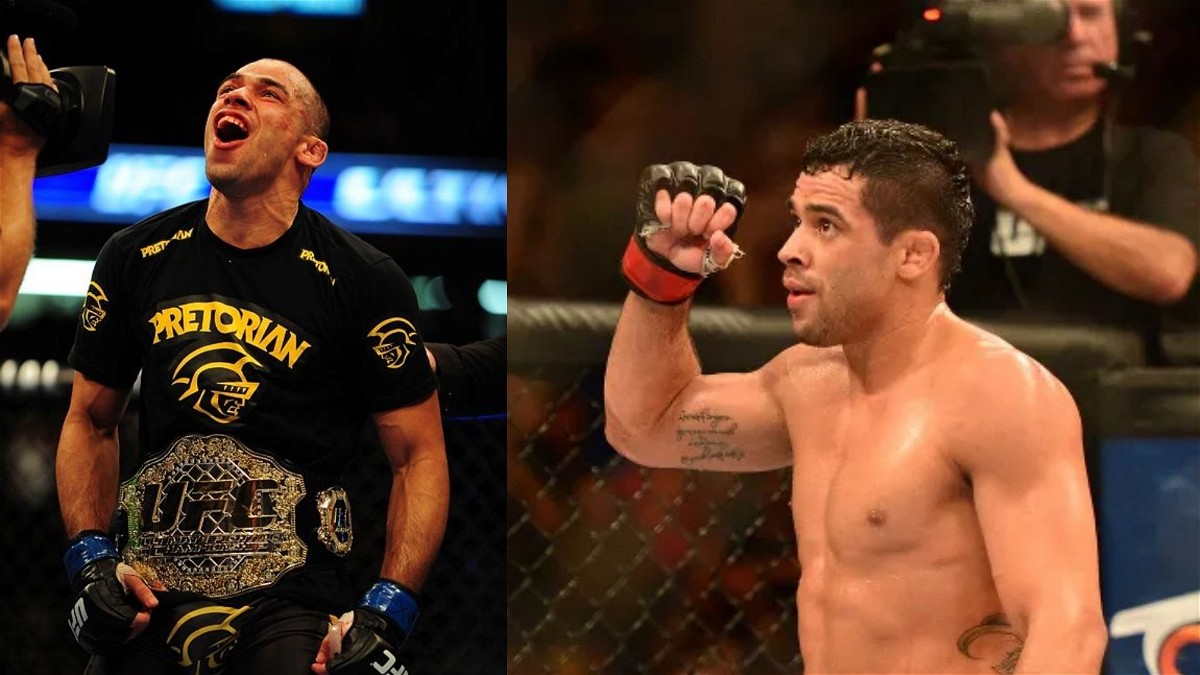 Khabib Nurmagomedov is widely regarded as one of the greatest mixed martial artists of all time, and his undefeated MMA streak that saw him secure 29 straight wins to his name before retiring is often considered to hold the most consecutive wins in MMA history. However, that doesn’t stand to be the case. It’s not Khabib Nurmagomedov, but former UFC bantamweight champion Renan Barao who holds the record for most consecutive wins in the history of mixed martial arts.

While Ukrainian mixed martial artist Igor Vovchanchyn holds the record for 35 straight wins to his name, he never competed in the UFC.

The former UFC’s P4P #1 Renan Barao went on to achieve the record of 32-0, going 33 mixed martial arts bouts without losing a fight. Renan Barao holds notable wins over the likes of Uriah Faber, Eddie Wineland, Brad Pickett among others.

The rise and fall of Renan Barao

Renan Barao was a force to be reckoned with during his prime years as a mixed martial artist in the Ultimate Fighting Championship (UFC) and World Extreme Cagefighting or the WEC. Barao made his professional MMA debut back in April of 2005 in a losing effort to João Paulo Rodrigues at Heat FC 3.

Barao would go on to win his next 31 bouts, barring the sole no-result that came against Claudemir Souza in his 11th professional bout at Black Bull Vale Tudo in December of 2007 where Souza’s illegal soccer kick rendered Barao unable to continue.

After picking up 23 straight wins in the regional circuit, Barao made his first appearance in the WEC against Anthony Leone at WEC 49. A two-fight successful stint with the WEC would open the doors of the UFC for Barao.

In what was an unlikely situation for Barao, the Brazilian fighter would go on to defend his interim strap against Michael McDonald. He would once again defend the interim belt against Eddie Wineland, only to be later promoted as the undisputed bantamweight champion. Barao would go on to defend his bantamweight strap against Uriah Faber in a dominant display of mixed martial arts.

While Renan Barao would make a spectacular return with a Performance of the Night outing against Mitch Gagnon to earn another shot at the title, however, TJ Dillashaw would prove to be too much for Renan Barao once again.

Both TJ Dillashaw and Renan Barao met at UFC on FOX in a rematch for the UFC’s bantamweight championship, with Dillashaw picking up a fourth-round stoppage win against the MMA veteran.

It won’t be wrong to say that Renan Barao was never the same again, losing six of his next seven fights. Be that as it may, his record of 32 straight wins continues to be the longest unbeaten streak in MMA history.

Also Read: What Is the Biggest Weakness of Khabib Nurmagomedov? Justin Gaethje Gives His Verdict