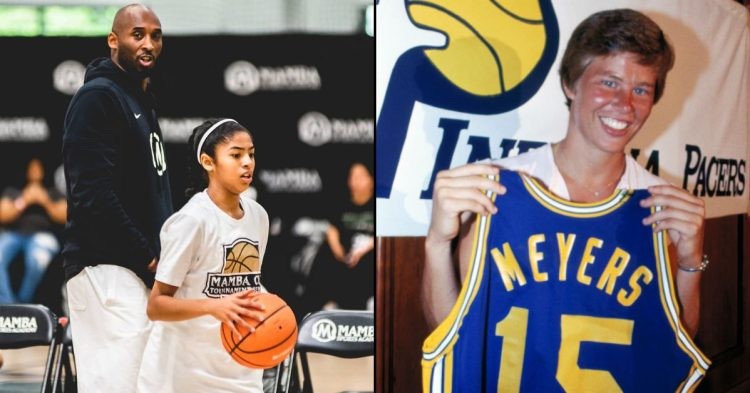 Kobe Bryant passed away in January 2020 and his death still feels unreal to the entire world. One of the main reasons why the incident was all the more tragic was the fact that Kobe passed away with his daughter, Gigi Bryant. Their death, along with seven others, was mourned by even those who didn’t know the victims personally. However, when we dive deep into what could have been, their accident feels more horrific.

It was quite evident that Gigi had what it took to be a great basketball player. She wanted to study Dallas Mavericks superstar Luka Doncic’s game and wanted to learn the tricks of the trade. Kobe, being a 5x NBA champ himself, made sure he taught his daughter everything there was. In their last game together at the Staples Center on December 29, 2019, Gigi and Kobe were seen interacting and conversing about the Lakers-Mavs game together.

How good of a basketball player was Gigi Bryant?

Gigi was a talented player who wanted to put in the work. It would be quite safe for us to mention that she had the Mamba Mentality as well. Perhaps that’s what happens when you were born to the epitome of hard work! She started playing for the Mamba Sports Academy in 2011 and seems to have impressed all her spectators. This must have been the main reason for Kobe’s ultimate goal for his daughter.

Tim Grover, who was Michael Jordan’s trainer at one point, disclosed how Kobe wanted his daughter to play in the NBA. He said on The Woj Pod, “To me, Kobe had two goals that he set out. One, was for his daughter to be the first female in the NBA. Not the WNBA, the NBA.”

Kobe’s goal might have been one to raise eyebrows, but it has been done before for the fans who are wondering. Anne Meyers, a former basketball player, almost had the chance to play in the NBA. Back in 1979, Meyers signed a contract worth $50,000 with the Indiana Pacers and tried out for the team across three days. Although she didn’t make it to the Pacers roster at the time, it was still an extraordinary feat.

It surely looks like Kobe wanted the same for his daughter as well. One might have assumed that the Black Mamba wanted his daughter to play in the WNBA, but he believed that Gigi was so talented that she could make it to the NBA. Moreover, the NBA has no rule that prevents them from playing in the league. Hence, the possibility of Gigi playing in the NBA was very much real.

Unfortunately for Gigi, Kobe, and his dream, the Bryants met with a tragic accident. We could only think about what could have been for Gigi and her father’s ultimate dream.