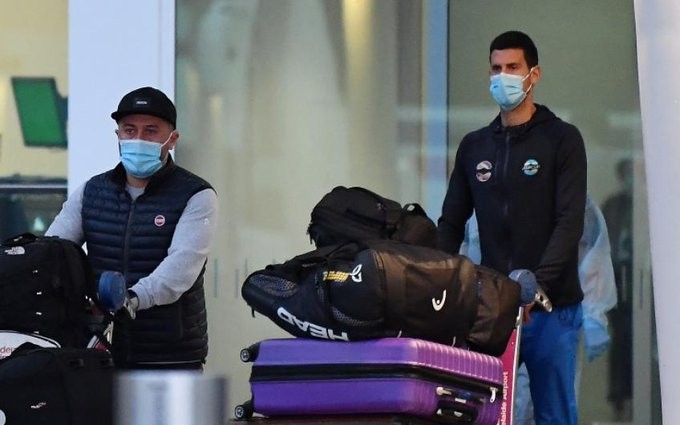 The scars of the COVID-19 vaccination controversy have not faded from the mind of Novak Djokovic. Not long before the controversy started, Djokovic was the clear favourite to clinch the Australian Open 2022 title and become the first player to win 21 grand slam titles.

But instead what followed was a huge muddy controversy which eventually led to the forceful deportation of the world number 1 from Australia after he lost a court appeal to prevent his deportation.

It was Novak’s fault equally since there was wrong information mentioned in his visa papers and also the general public sentiment was against him due to his anti-vax views.

However, things went very well for Rafael Nadal as he shined in this time of pressure and made a superb comeback to become the first male tennis player of this era to win 21 grand slam titles.

It was but obvious that Novak Djokovic did not take this gladly since he openly mentioned that he neither watched the finals nor did he root for anyone to win.

He instead felt that he should have been on the court playing his 32nd grand slam final match.

Recently in an interview given to BBC, where he broke his silence for the first time after the vaccination saga, he said,

“I didn’t want to watch the match because I felt I wanted to be on the court. It was really hard for me to watch and participate in a match in any way.”

“I was very neutral. I didn’t cheer for anyone because I wanted to be there so badly.”

“I was amused by the circumstances that I was experiencing. My wife was cheering for Medvedev, my son was cheering for Nadal. Every point Rafa would make, Stefan would be jumping around and fist-pumping like Rafa,”

Novak’s reaction is understandable considering the fact that he was favourite while walking into the Australian Open. His controversial anti-vax policy continues to pull him down.

He recently also revealed that he wouldn’t take the COVID-19 vaccine even if it means that he won’t be able to participate in further grand slams titles namely, the French Open and the Wimbledon.