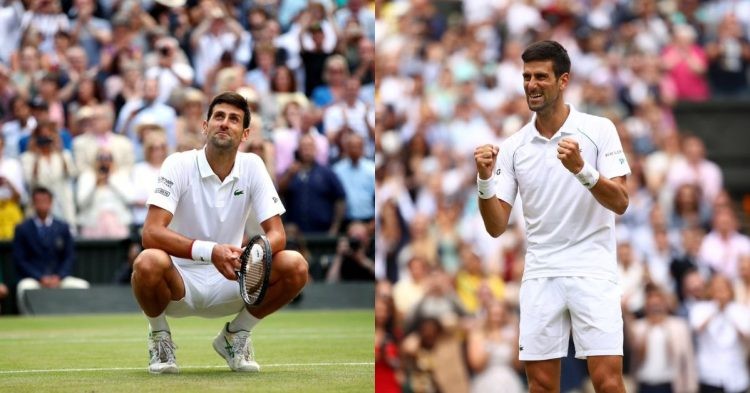 Novak Djokovic came back from two sets to win the next three sets and booked a place in the semifinal. 20-year-old Jannik Sinner put up a brave fight but Djokovic’s mental resilience helped him overcome his opponent. In the end, the score read 5-7, 2-6, 6-3, 6-2, 6-2 in Djokovic’s favor.

During the post-match interview, Djokovic revealed what he was going through after losing the first two sets. He further revealed that he went to the bathroom and even gave himself a prep talk before the start of the third set. Surely enough, it worked for him as he won went on to win the match.

Furthermore, Djokovic said, “I went out, had a toilet break and a little pep talk in the mirror. Sometimes in these circumstances, when not much is happening positively for you on the court and the other guy is dominating, these things are necessary. The toilet break was the turning point.”

Djokovic praised Sinner for the way he played the match. Moreover, he predicted that someone as talented as Sinner would win many grand slams in the future.

Players like Djokovic and Nadal never stop believing in themselves even when they are two sets down. Djokovic gave himself a prep talk and managed to keep himself mentally strong. On the other hand, Sinner broke down after the third set loss and practically gave the match away.

Moreover, the Serbian said, “I go through the same doubtful moments as anyone else. The inner fight is always the biggest fight you have to face on and off the court. I always believed I could turn it around. I’m just glad I’m through.”

Djokovic has now become the first semifinalist of this year’s Wimbledon. He is currently on a winning streak at Wimbledon. He has remained unbeaten for the last 26 matches at the All England Club. The way he is playing, only someone like Nadal has the potential to break him.