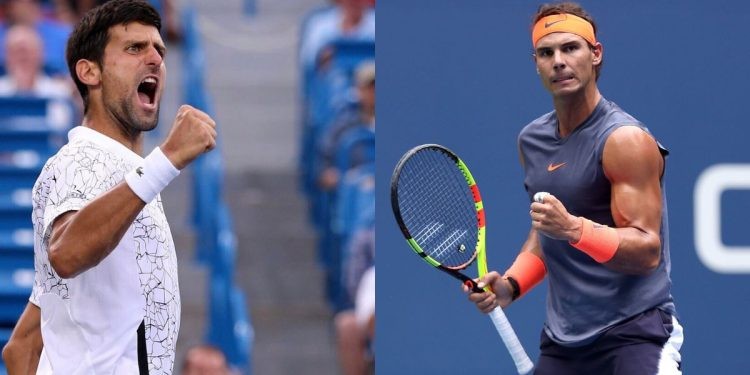 Novak Djokovic returned to action for the first time after French Open for the Hurlingham exhibition. The tournament will probably be his only warm-up tournament before Wimbledon. The Serbian tennis star faced Felix Auger-Aliassime and won the match comfortably in straight sets.

Djokovic lost the quarterfinal match against Rafael Nadal in the French Open. Since then, he has not returned to any ATP tournament for the grass season ahead of Wimbledon. It looked like the Serbian would play The Championships without any warm-up tournament. That is when he announced his participation for Hurlingham.

Now that’s how you open a grass season.

The former world number 1 showed no signs of rust as he eased past his Canadian opponent. Djokovic won the first set comfortably 6-2 and the second set was also a cakewalk as the score read 6-1. Felix will have a long hard look at his game as he failed to challenge Djokovic at any level.

Djokovic has not been his usual self this year. He has struggled with his form but it looks like things are finally turning around. If the match against Felix is any signal, he would be the last player any opponent would want to face in Wimbledon.

Rafael Nadal breezes past Stan Wawrinka in the Hurlingham exhibition

Like Djokovic, Rafael Nadal has been away from the court since his 14th French Open title. However, his reason for absence was his chronic foot injury. Nadal struggled to play because of it even during the French Open. After the tournament got over, he went straight for treatment and it looks like the treatment has worked for him.

Nadal also played in the Hurlingham exhibition and faced three-time grand slam winner Stan Wawrinka. However, Wawrinka’s form has dipped drastically over the years and he was no match for Nadal. The Spaniard beat Wawrinka 6-2, 6-3 and made it clear that he will be a threat to all his opponents in Wimbledon.

The only worry for Nadal will be his foot injury. While it looked like he was alright during the match against Wawrinka, the 22-time grand slam winner would have to be extra careful considering he just recovered from an injury.