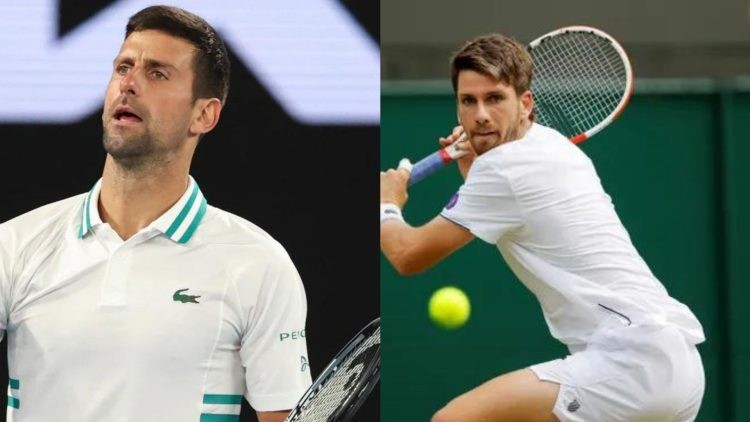 Novak Djokovic has finally reached his first Grand Slam finals of 2022 by defeating the British tennis star Cameron Norrie by 2-6, 6-3, 6-2, 6-4. Djokovic was in a bit of a bother in the initial stages of the match after Norrie swept him off his feet after winning the first set.

However, Novak Djokovic lost the majority of his points on his service in course of the first set. Not soon after the first set, to be specific in the fourth game Novak Djokovic made several adjustments in his serve and overall approach as well in order to bounce back and take away the finals spot from Cameron.

Norrie also enjoyed the support of his home crowd as they roared every time he seemed to pick a point.

However, Novak’s experience and skillset were far superior to Norrie’s and not even familiar conditions could help him this time around. Cameron was seemingly frustrated towards the end of the third set and things boiled over after he lost the set and eventually went on to smash his racket.

Novak Djokovic seemed content with his win and in the post-match interview, Djokovic said,

“I didn’t start off well. He was the better player for the first set. Cameron didn’t have much to lose. He’s playing probably the tournament of his life. I wish him all the best, he’s a great player, I have a lot of respect for him.”

Novak Djokovic will be facing the self-proclaimed bad boy Nick Kyrgios in the final match of the Wimbledon after Nick was handed a walkover win after Rafael Nadal was forced to withdraw due to an abdominal tear. On this Novak Djokovic stated,

“There’s going to be a lot of fireworks! We haven’t played for some time. Never won a set off him.”

Nick has a 2-0 advantage over Novak, however, things would surely be different this time around since both the matches were on outdoor hard surfaces and the last time these players faced each other was way back in 2017. We also need to account for the fact that Nick is very good on grass surfaces.

Only time will tell if it will be Novak Djokovic who gets redemption and wins his first and only slam of the year or will Nick go on to clinch his maiden grand slam title.